The Rio Grande Foundation has long argued for serious reforms to New Mexico’s pension systems which are underfunded to the tune of a combined $12.8 billion. To her credit, Gov. Lujan-Grisham has outlined some detailed pension reforms to one of New Mexico two deeply-challenged pension systems (PERA). Those reforms are laid out in the Albuquerque Journal article linked above, but even if these proposals were adopted in their entirety, the ERB (New Mexico’s other big pension plan) is in need of reform and even the PERA reforms don’t go as far as needed.

The Reason Foundation has numerous experts on State pension issues and their analysts have taken a close look at New Mexico’s pension problems. A more detailed report including information on PERA’s challenges can be found in this: New Mexico Pension Health Memo. The following chart provides a detailed snapshot of the issues facing New Mexico’s underfunded pension system. 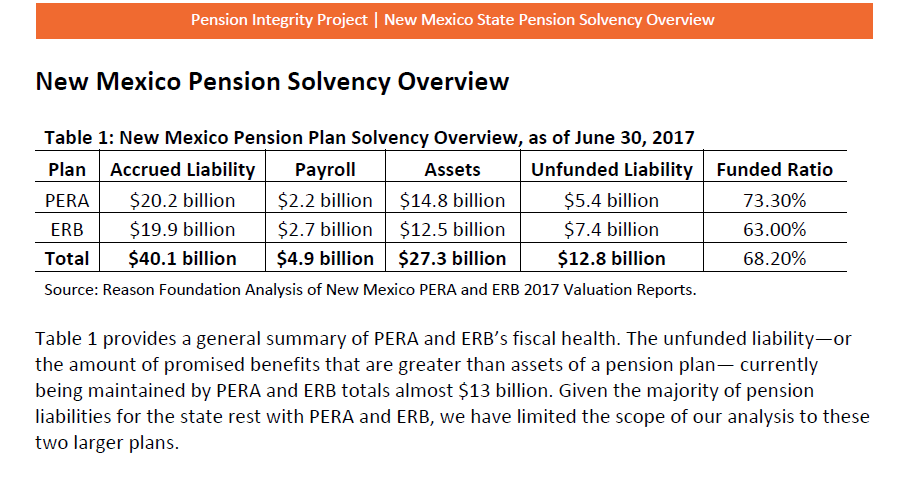