The owner of Conchita’s Cafe had an interesting opinion piece in today’s Albuquerque Journal. She advocates for the mandatory (paid) “earned” sick leave measure on this fall’s ballot which the Rio Grande Foundation wrote about in the Journal recently.

The thing is, I’m not even sure if she understands the ballot language…and while she accuses opponents of lying, she fails to explain exactly what we are saying that is incorrect.

She repeatedly calls says the measure includes “earned sick days.” That is misleading (and nearly all employers will give workers time off if they need it). In reality the measure requires employers to pay employees their full wages and benefits when they take leave under this plan.

She also claims that the measure resembles similar laws on the books in other cities and in Arizona. She neglects to mention that Philadelphia’s measure exempts businesses with fewer than 10 full-time employees (Albuquerque’s measure has no such exemption).

San Diego’s law has had some significant negative consequences as mandatory paid sick leave & a minimum wage hike were combined which likely worsened the low-wage job losses (see below).

Lastly and perhaps most egregiously, the author fails to acknowledge that Albuquerque’s economy is indeed in tatters. While the recent minimum wage hikes are only one of several factors, recent studies have indeed bolstered the case for minimum-wage-induced job losses. Also, according to the Albuquerque Biz First’s “Recovery Index” our City is only 83.6% recovered from the deep recession that hit nearly a decade ago. Albuquerque’s minimum wage mandate is not having a positive impact, rather the impact seems to be yet another negative force buffeting the local economy. 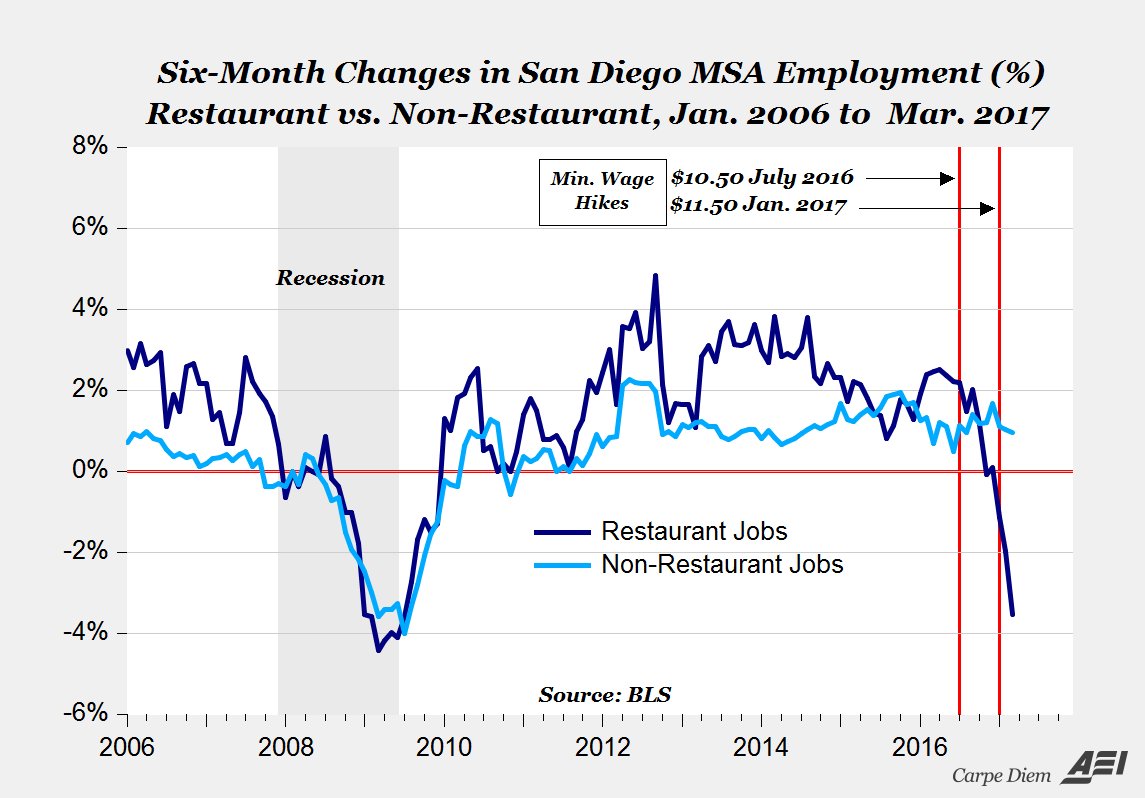