According to news reports, Gov. Lujan Grisham and the Legislature are considering the purchase of an airplane to help the Gov. and relevant staff travel around the State of New Mexico in comfort. According to the Albuquerque Journal, they are looking at a Beechcraft King Air C90GTx, expected to cost $2.5 million used or $4 million new.

We looked at this plane model which is supposedly a relatively efficient model of airplane especially relative to Bill Richardson’s jet. But a “relatively efficient” airplane is not in keeping with the Gov.’s radical green politics. In fact, just a few months ago the Gov. outlined a proposal to force New Mexicans to drive vehicles averaging 52 Miles Per Gallon starting in 2022.  You can view for yourself the relative handful of vehicles achieving that high standard here.

So, we ran the numbers on the Gov.’s plane and (surprise, surprise) found that her plane would get an average of about 6.39 MPG. Yes, that’s right, the Gov. will be flying in style in a plane getting the equivalent of about 6.4 MPG while state employees and the rest of us are being forced to buy vehicles getting 52 MPG.

According to the group Power the Future, Gov. Lujan Grisham currently gets around the State in a Ford Expedition SUV which achieves between 16 and 21 MPG. Clearly, self-awareness is not the strong suit of Lujan Grisham and other elites who want the convenience afforded by the liberal use of fossil fuels, but want to push their radical “green” agenda on the rest of us. 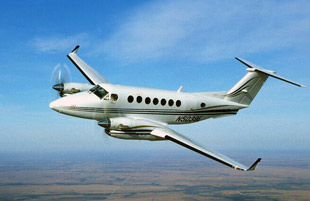 5 Replies to “Gov. Lujan Grisham wants a gas-guzzling plane, but she wants to force you to drive an electric car”