The ubiquitous online media streaming company Netflix is on the verge of moving its primary production to New Mexico and purchasing the Albuquerque Studios facility in which several well-known movies have been filmed.

Despite the existence of a generous film subsidy program in which 25 or 30% of a film’s costs are reimbursed by New Mexico taxpayers, Netflix will be acquiring the studios for the bargain basement price of $30 million. The studios were privately built at a cost of $91 million and opened in 2007.

Netflix says it plans to “bring $1 billion in production to New Mexico over the next 10 years and create as many as 1,000 production jobs a year. The company also wants $10 million from New Mexico and up to $4.5 million from Albuquerque. This $14.5 million would be in the form of LEDA grants (a form of corporate welfare the Rio Grande Foundation has criticized in the past).

The $14.5 million in LEDA would be easily overlooked in exchange for $1 billion in Netflix investment over the next decade, but the REAL subsidy story is New Mexico’s film subsidy program. Right now payments are capped at $50 million annually, but Michelle Lujan-Grisham and many Democrats plan to eliminate that cap.

Opening the spigots to unlimited film subsidies would be a major money-loser for New Mexico. In fact, the cost to taxpayers would rise (possibly to hundreds of millions of dollars) as Netflix ramps up its investment.

So, the ultimate cost or worth of Netflix in New Mexico will hinge on future policy choices. All we can say at this point is “we’ll see.” 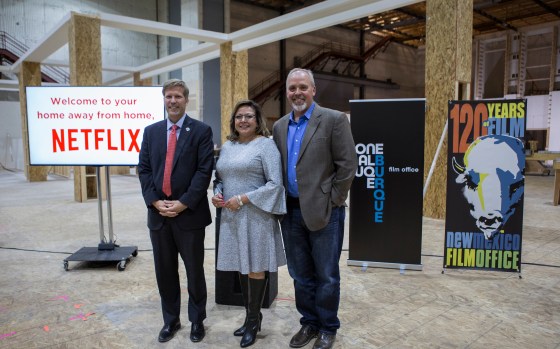 6 Replies to “Is Netflix a good deal for New Mexico?”