Paul interviews Dick Minzner. Dick has been a long-time fixture in New Mexico politics for many years. He’s been head of the Tax and Revenue Department, a Democrat Legislator, and lobbyist to name just a few of his many roles. They begin by discussing a bit of that history as well as some of the policy decisions that have improved or harmed New Mexico’s economy.

Paul and Dick discuss tax reform and how to best leverage the $900 million surplus in ways that make New Mexico more competitive. Should we eliminate the income tax, reform the GRT (if so, how?), or should NM just ditch the GRT and go to a sales tax? What ARE the big problems with the GRT anyway? Why does it persist?

Finally, Paul and Dick discuss film subsidies and the economic reality of that program. 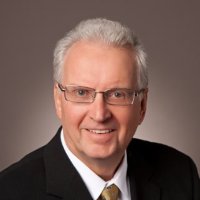