Yesterday, a report called “State of New Mexico Tax Structure: Issues and Alternatives”was released by a firm called PFM Consulting. The report is worthy of a detailed analysis and it has generated several stories in the media.

A few initial thoughts: 1) I’m glad they posted the report at a link that can be easily-accessed by the public and policymakers. 2) As these documents go it is relatively accessible in terms of its language. 3) Taxes are a very important component of public policy, BUT they are one of several policy areas that must be addressed to make New Mexico economically competitive. 4) Analysts and legislators of differing backgrounds can view the same data and have completely different conclusions. While the media have covered some reactions from policymakers, we will offer our insights in a 2nd post to be published tomorrow (December 17).

2. New Mexico faces deeper poverty challenges than any of its neighbors or Wyoming/Alaska. 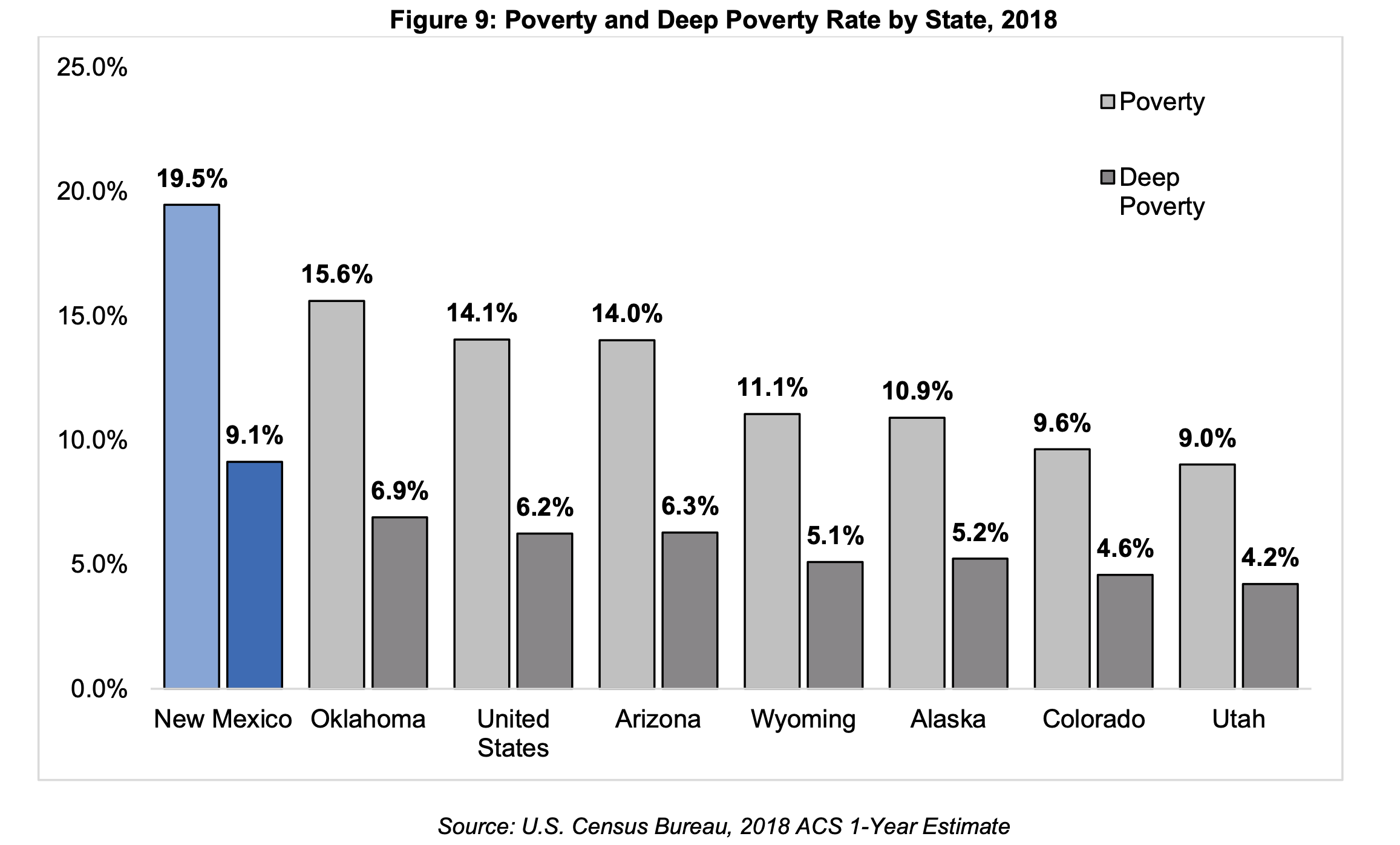 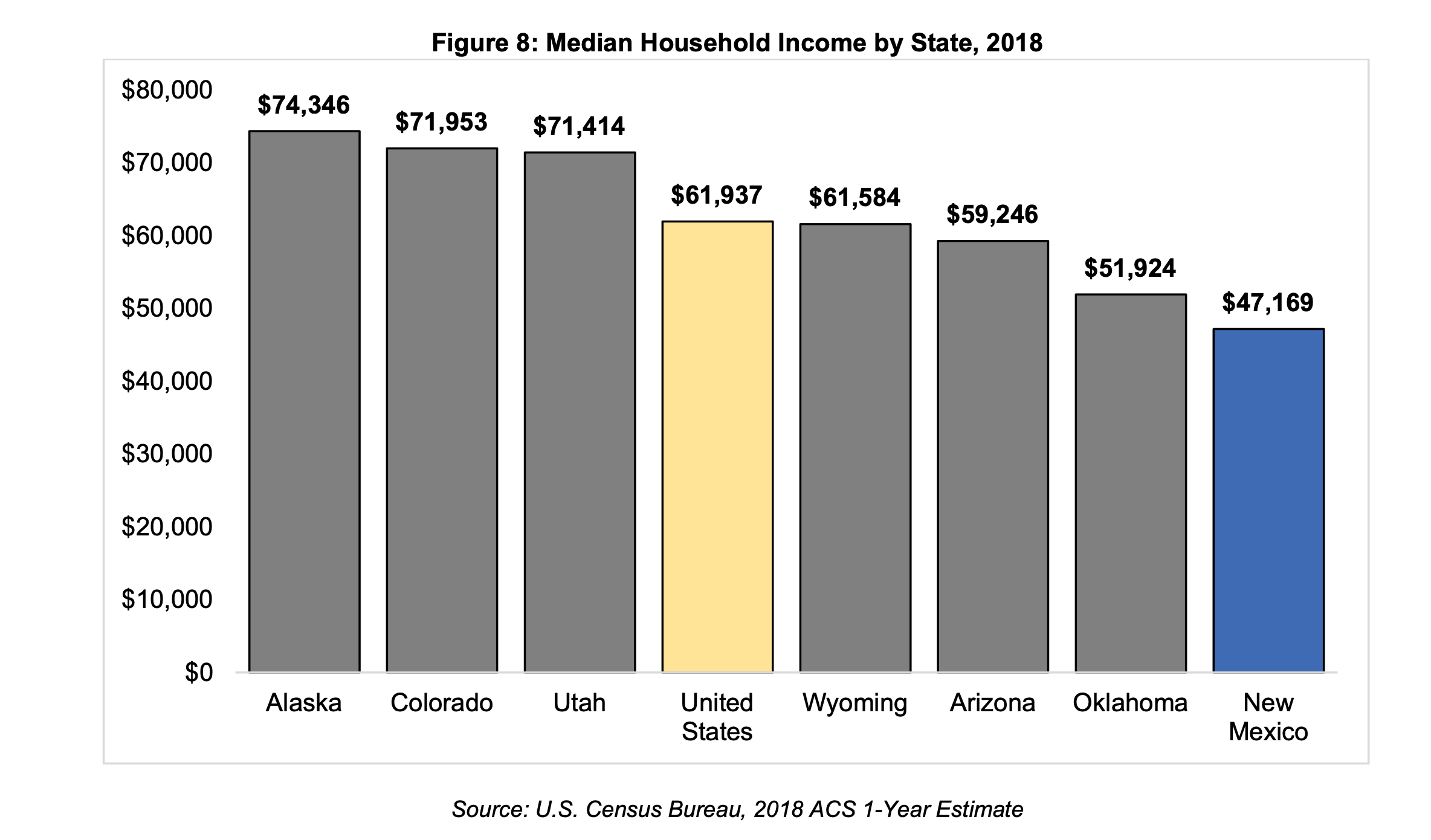