The discussion over the San Juan Generating Station, a coal-fired power plant near Farmington in Northwest New Mexico, has been centered on whether to shut down half of the plant as PNM wants to do or all of the plant as the environmentalists want to do.

All of this is being forced upon New Mexico electric rate-payers not for health or real environmental benefits, but to comply with the Obama EPA’s new “regional haze” regulation that is supposed to improve visibility in National Parks here in the West.

There is a third way. Our friend William Yeatman, an energy expert at the free market Competitive Enterprise Institute (CEI) has outlined such in the Albuquerque Journal. As Yeatman notes in his article, shutting down San Juan Generating Station will fail on its own merits because “Computer modeling demonstrates that the emissions reductions due to the regulation wouldn’t have a perceptible impact on visibility.”

Worse, argues Yeatman, “the proposed settlement would force PNM customers to pay $115 million for electricity generators they won’t use.”

So, rather than going along with either proposed solution, Yeatman argues that New Mexico’s elected officials should reject the proposed settlement and instead sue the Obama EPA’s outrageous Regional Haze regulation as the overreach that it is. A successful lawsuit would stop the EPA in their tracks and save New Mexicans at least $115 million on their utility bills. 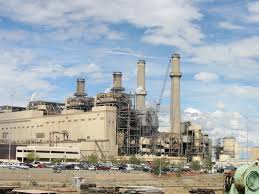