As has been widely reported at this point Albuquerque Public Schools is going to be completely virtual through at least the end of 2020. This was the decision of the School Board (minus Board Member Peggy Mueller Aragon who voted against the plan) last week.

We requested a copy of the School Reopening Parent Survey results. These were supposedly used by the District to make its decision. Of course, the Board was talking about going 100% virtual a few weeks before they made the decision. Also, these are NOT scientifically-collected polling numbers. Anyone who stated they had a student in APS could take the survey which was posted online for less than 48 hours (so those “in the know” had a better chance to weigh in).

Of course, as education analyst Corey Deangelis has noted using national data, union strength (as opposed to science) seems to be driving decisions on whether schools go back to in-person learning or not.

Even by APS’s own survey data, nearly half of all parents are considering transferring their child to a school that guarantees in-person learning or home-schooling. Here is a link to the District’s re-entry plan. 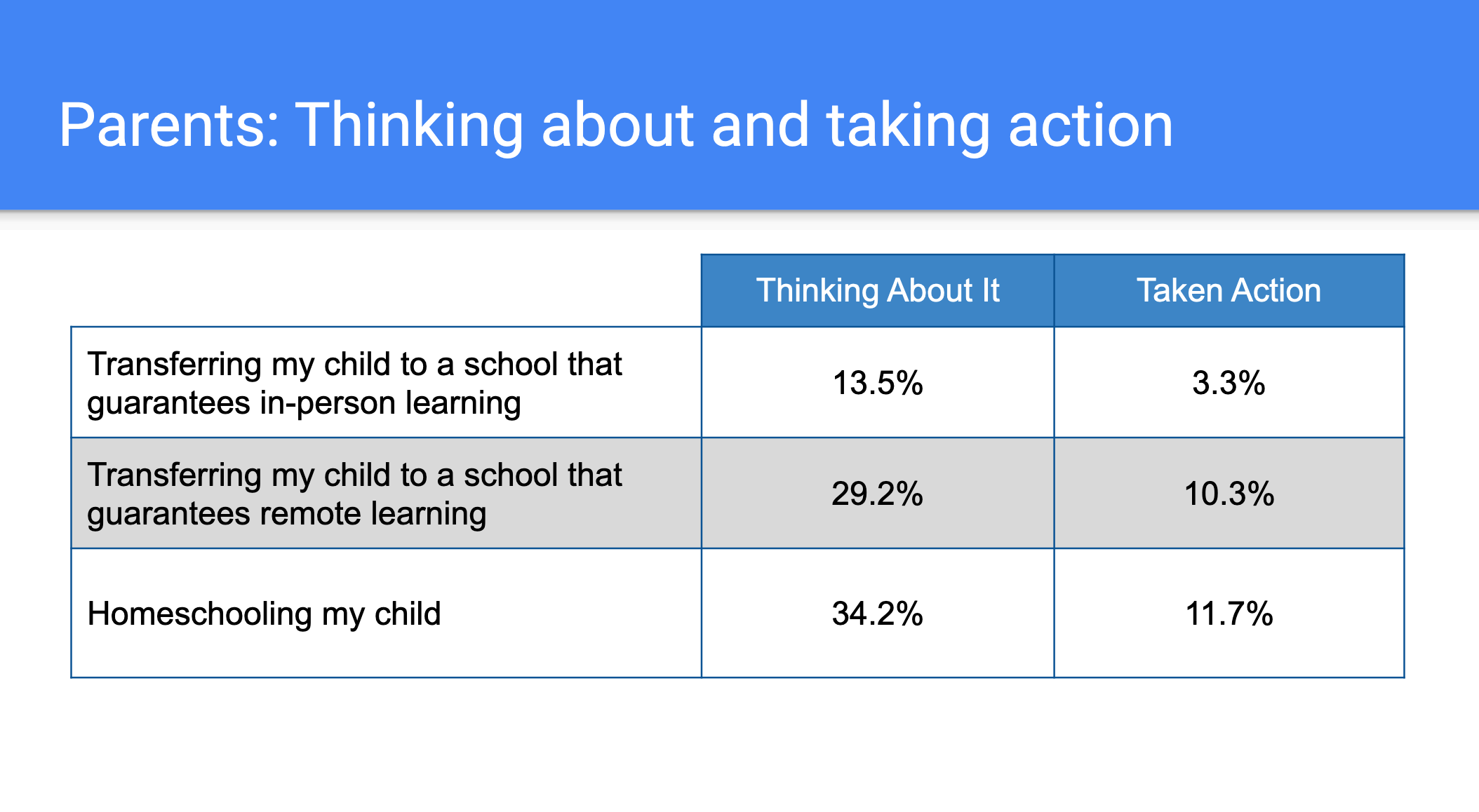