Another day, another news story touting Cleveland as a model for Albuquerque.

According to the article linked to above from the ABQ Biz First, Randy Royster of the Albuquerque Community Foundation had some high praise for Cleveland as a model for Albuquerque recently saying,

Our newest effort in this arena of economic and workforce development came about by a trip that was made in August by the Health Sciences Center…The purpose of the trip was to learn about Cleveland’s 10-year effort for creating new companies, new jobs and basically revitalizing the downtown area, which had been basically shuttered a little more than 10 years ago, and not only revitalizing downtown but also its surrounding neighborhoods. And at the core of their process were anchor institutions.

We already know about Cleveland’s bus rapid transit and how Albuquerque’s leaders wish to emulate that model. Now, a consortium of “nonprofit corporations and publicly owned enterprises” is being touted. I just don’t get the Cleveland fetish. 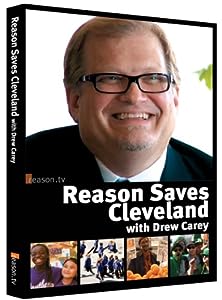 Perhaps it is the fact that I grew up in Cincinnati and have seen Cleveland deteriorate and shrink over the decades, but I know Cleveland is NOT a model Albuquerque should emulate. In 2010, Cleveland native son, game show host, and libertarian, Drew Carey did a whole video series on “saving Cleveland.” That is the kind of thing you do in a struggling city that continues to hemorrhage population.

I fully admit that I don’t know all the details on this proposed medical “consortium,” but spending a bunch of tax money in order to bring in some additional private dollars is not going to do much about Albuquerque’s economic or job creation woes. Same as the bus rapid transit system. Instead, Albuquerque’s leaders would be better served checking out Carey’s video series and applying its lessons to Albuquerque.