This American Life is a radio show that appears on NPR. In other words, it is hardly right-wing, but in July of this year there was an interesting show on the American auto industry (click to listen) which included some very candid statements about unions (including many from former union members).

If you’d rather read than listen, the transcript can be found here. I have included some of the most stunning statements below:

• Compared to Japan, where auto workers and management worked together, labor relations in America were more like war.

• A former running back from the University of Arkansas named Bruce Lee ran the western region for the United Auto Workers, and was in charge of the Fremont Union Local 1364. Now, normally, somebody like Bruce Lee is supposed to defend his union members no matter what, but even he says they were awful.

Bruce Lee (speaking)
“It was considered the worst workforce in the automobile industry in the United States. And it was a reputation that was well-earned. Everything was a fight.

They spent more time on grievances and on things like that than they did on producing cars. They had strikes all the time. It was just chaos constantly.”

One of the expressions was, you can buy anything you want in the GM plant in Fremont. If you want sex, if you want drugs, if you want alcohol, it’s there. During breaks, during lunchtime, if you want to gamble illegally– any illegal activity was available for the asking within that plant.

Jeffrey Liker (speaking)
Actually, the analogy to prison is a good analogy, because the workers were stuck there because they could not find anything close to that level of job and pay and benefits at their level of education and skill. So they were trapped there.

And they also felt like we have a job for life, and the union will always protect us. So we’re stuck here, and it’s long term. And then all these illegal things crop up, so we can entertain ourselves while we’re stuck here.

Rick Madrid (speaking)
A lot of booze on the line. I mean, it was just amazing. And as long as you did your job, they really didn’t care.

• If you’re wondering how people kept their jobs, well, back then, the UAW was still quite powerful. Under the union contract, it was almost impossible to fire anybody. And if management ticked off the union, workers could just shut the plant down in minutes.
With that sort of leverage, absenteeism became absurd. On a normal day, one out of five workers just didn’t show up. It was even worse on Mondays. Billy Haggerty worked in hood and fender assembly. He says so few workers showed up some mornings, management couldn’t start the line.

Makes “right to work” sound a lot more pro-labor and pro-business and the unions a lot less sympathetic. 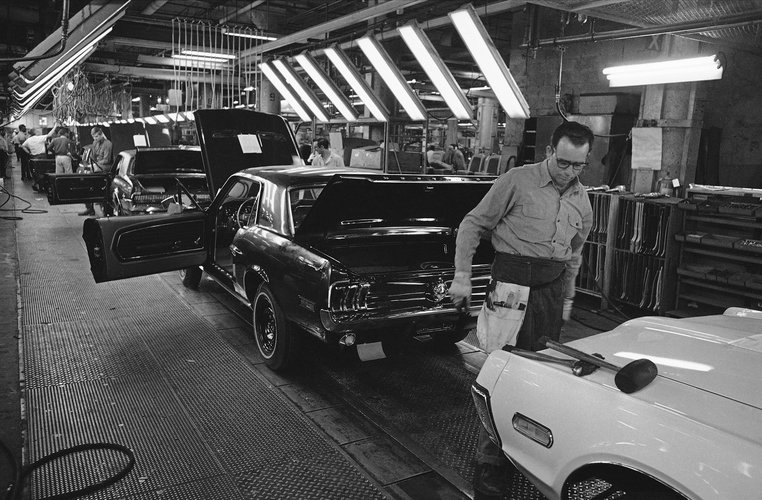