According to the Santa Fe New Mexican an analyst (from a consulting firm) recently told the Legislature that New Mexico is too dependent on revenues from fossil fuels (mostly the State’s oil and gas industries).

According to the analyst “This boom is bound to fade, with market fluctuations and changes in energy policies, leading to as much as $26 billion less in fossil fuel revenue in the next 15 years than the state’s yearly forecasts suggest.”

Hopefully this analyst was doing some pro bono work and was not being paid by the Legislature because we at the Rio Grande Foundation have been offering the same advice for YEARS. While the analyst is undoubtedly correct insofar as an economic downturn or a sustained move away from oil and gas could impact the State’s revenues, the reality is that this is a production-driven boom and until the world no longer needs oil and gas, New Mexico’s most important economic product will remain a foundation of its economy.

The issue, of course, is that New Mexico’s political classes have failed to enact long-overdue tax and regulatory reforms that result in a better business climate. Certainly the Rio Grande Foundation will push for these much-needed reforms, but sadly the Democrats who control the Legislature and Gov. are not advocates for reform.

The map and chart below are from a 2018 Bloomberg report on states and their relative economic diversity. It is no surprise that New Mexico was at the very bottom. 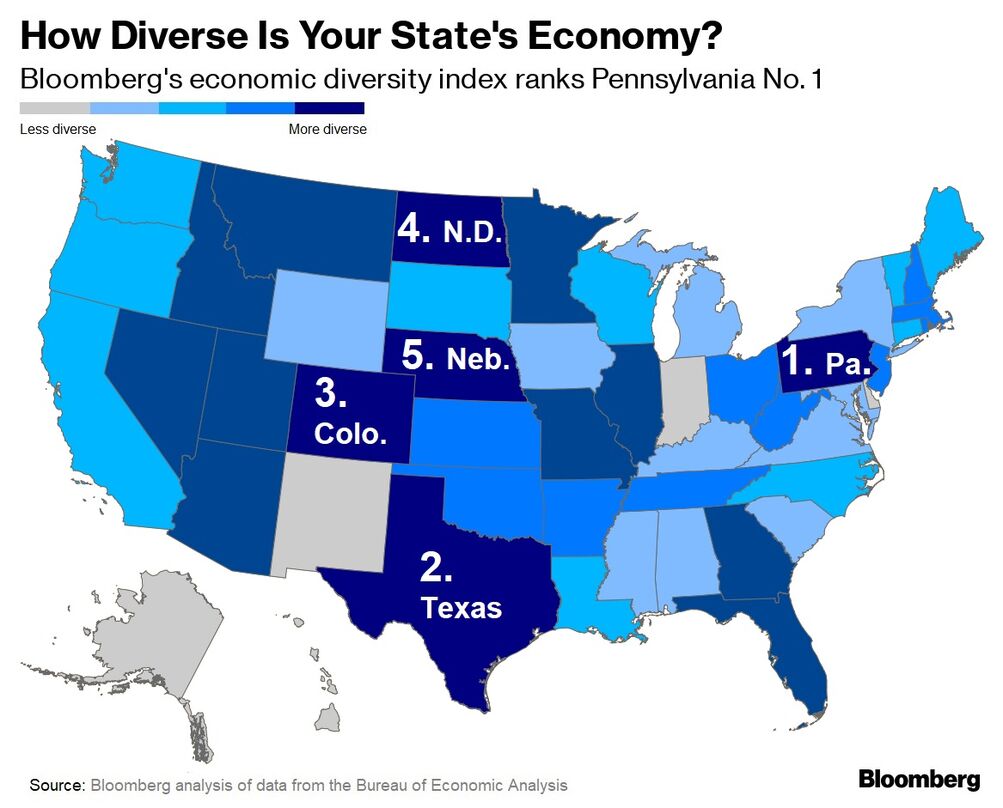 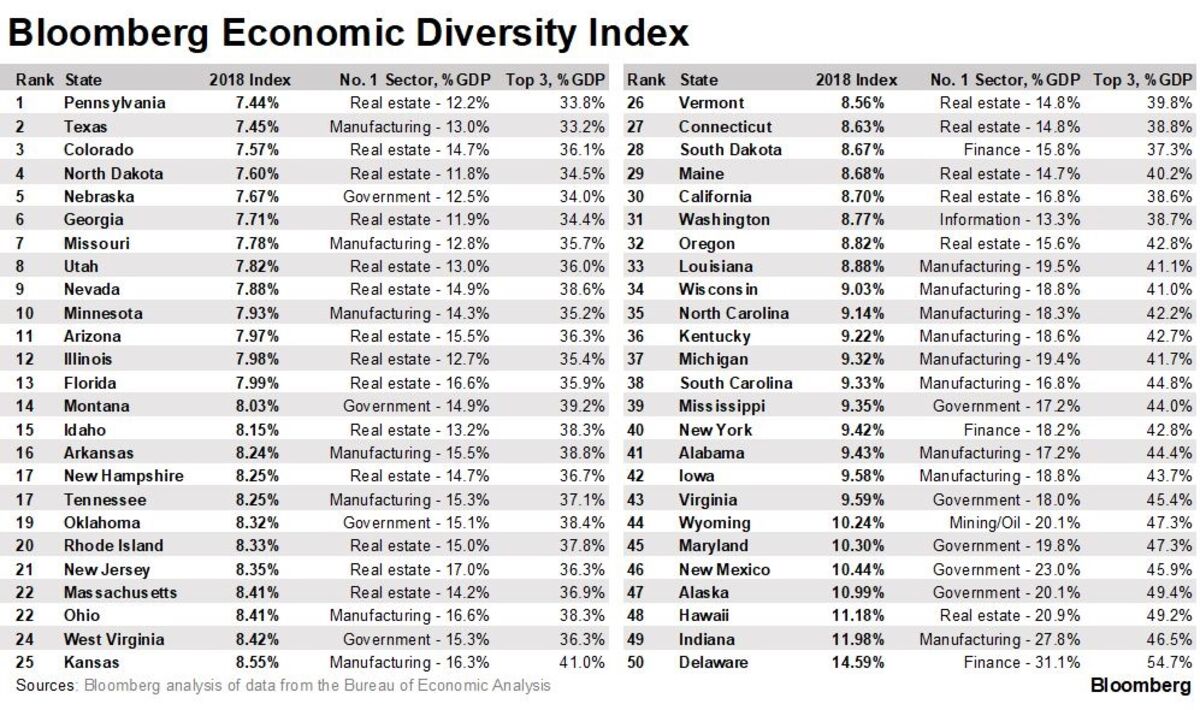