New Mexico Sen. Bill Soules, a Demorat from Las Cruces, plans to push for both a $500,000 study of high speed rail and to push his $1 billion plan to begin construction of the system. Supporters claim polls show support for such a proposal, but  as has been the case throughout the COVID 19 pandemic and beyond, mass transit has continued to lose ridership in New Mexico and around the nation.

The Rail Runner Express DID in fact see a slight rebound from the darkest days of COVID when the system was shut down for months at a time, but remains a far cry from recovering to pre-pandemic numbers and just over one-third of peak ridership back in 2010.

This, despite having been open for all of 2022 AND Gov. Lujan Grisham having reduced fares on the already-heavily-subsidized train by 75% to $2.75 cents for a round-trip to Santa Fe. This is shockingly low even by subsidized transit standards as two trips on the Washington, DC METRO subway system cost at least $4.00. 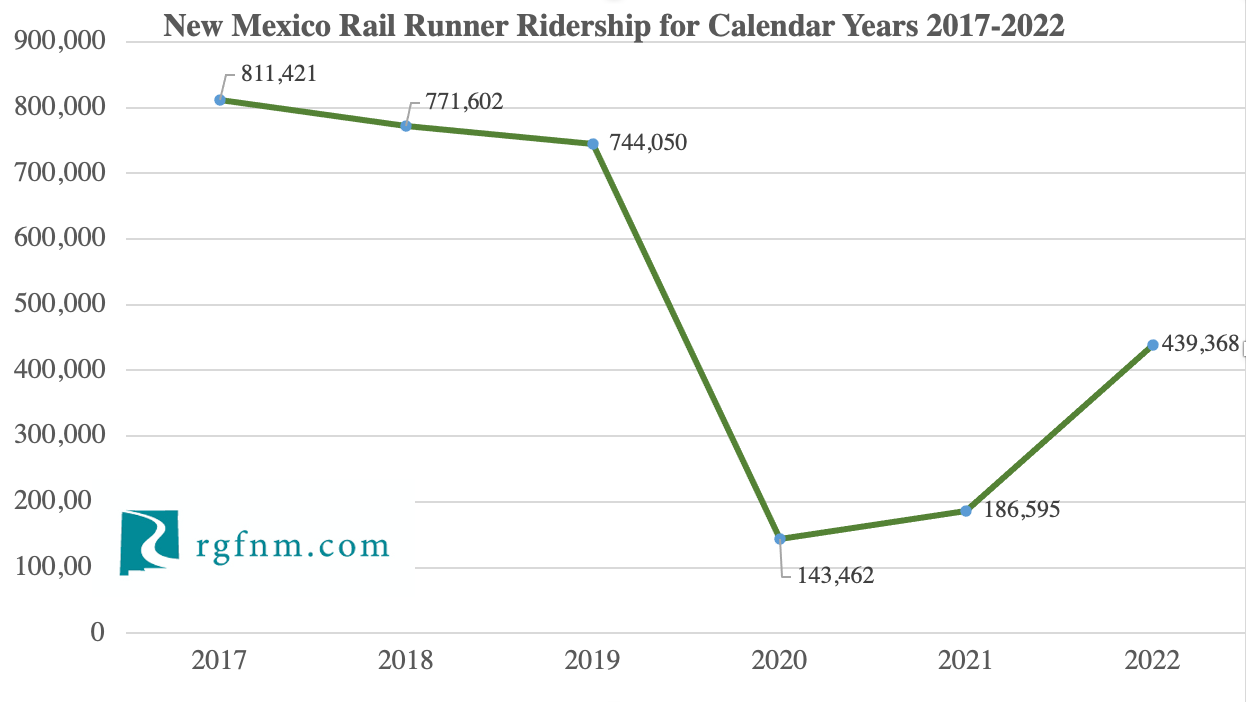