A group of Democratic Senators has proposed a “Green” amendment to New Mexico’s Constitution. It has been introduced as SJR 3 and, relative to most bills, it is very short. If adopted by the Legislature and passed via a vote of the people, the amendment essentially creates a “right” to a clean environment (whatever that means specifically). More importantly, according to the head of the Sierra Club in New Mexico the proposal “would create a private right of action for the public to sue over environmental degradation.”

Recently the Associated press did a story on the issue and RGF offered the following comments:

The environment is in relatively better shape than it was even 40 years ago when there were fewer laws related to air and water quality. He said the proposed amendment implies the opposite.

“It ignores the fact that the environment by and large is getting better. Climate change is a real issue, but this is an open door for lawsuits and/or bad policy.” 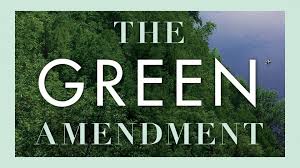