Today President Biden announced a plan to eliminate $10,000 of debt per borrower for those earning less than $125,000 per year, while those who paid for college using Pell Grants are eligible for a $20,000 loan cancellation. Biden also decided to extend the pause on federal student loan repayment to January 2023 and will permit borrowers with undergraduate loans to cap payments at 5% of monthly income.

This plan is awful for a number of reasons, but here are a few:

1) It’s illegal: Congress holds the “power of the purse.” For a party that so often wraps itself in the banner of “democracy,” the modern Democratic Party LOVES unilateral executive action.

3) It’s unfair. While not AS “regressive” as a forgiveness plan lacking income limits, less than 32% of the funding would benefit Americans in the two lowest income quintiles, while 42% would benefit those earning more than $82,400 per year.

5) The federal student loan program has contributed greatly to rising college costs. Pouring more tax money into the program will do nothing to change out-of-control college costs in the future. 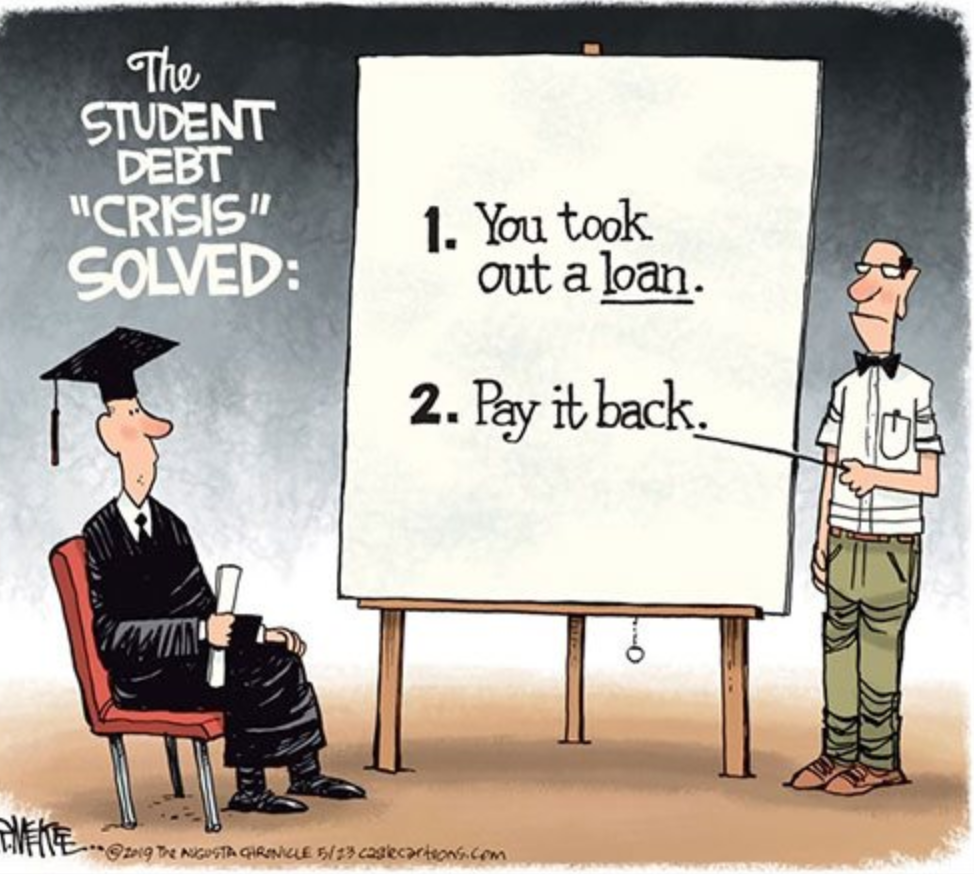