Considering that New Mexico’s Gov. and Legislature seem to adopt whatever the latest leftist California is, it is always important to keep an eye on what happens on the “left coast.”

This article from Forbes gives me hope that New Mexico may not be crazy enough to follow through with the push to “unreliables” like wind and solar.

Apparently in California the idea is to just “deem” natural gas a “zero carbon” fuel and move on. As we noted a few months ago California recently built several new natural gas plants in an effort to shore up the reliability of their electrical grid.

While natural gas is certainly a low-carbon fuel, unlike nuclear it is NOT zero-carbon. But, perhaps this is a sign that when grid reliability and the “green” agenda butt up against each other even the most “progressive” politician will decide to keep the lights on. 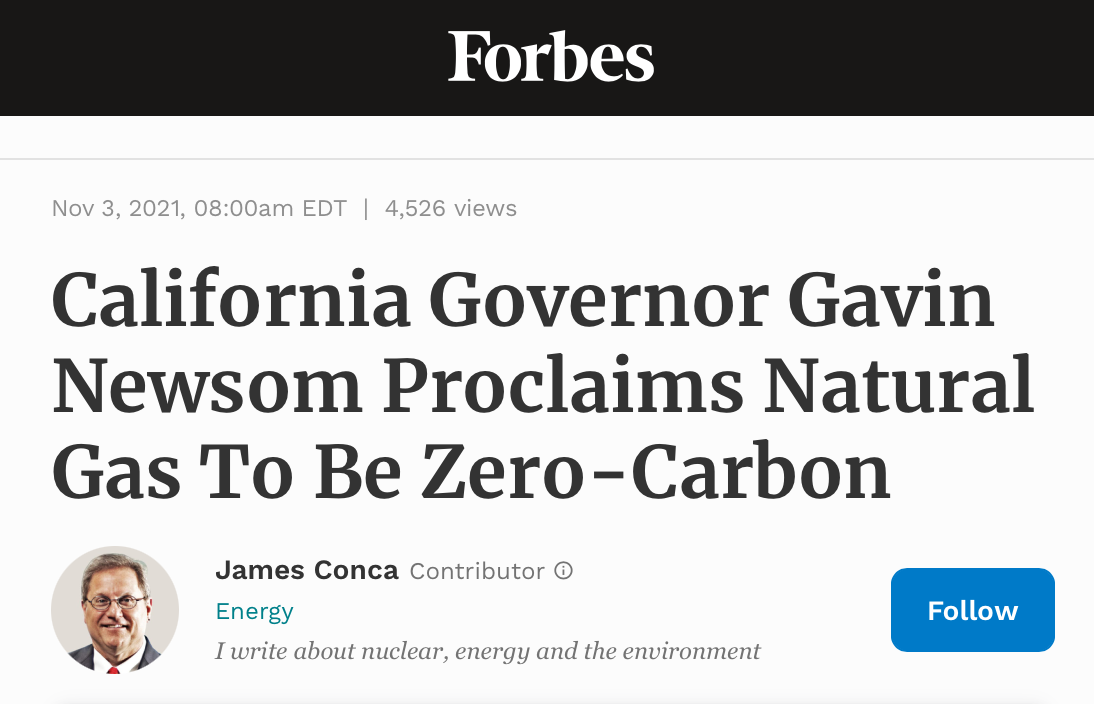