The Rio Grande Foundation has long advocated for legislation along the lines of Colorado’s Taxpayers Bill of Rights. The gist of the law is that it constitutionally limits government spending to the combined rates of inflation and population growth AT ALL LEVELS of government. Anything above that must be approved by the voters as must any tax or fee increase.

Finally, if revenues come in at a higher rate than approved under TABOR, the money must be refunded to taxpayers. A few years ago we at RGF analyzed the law based on how a similar one might impact New Mexico. We found that every man, woman, and child would have received an astonishing $786 back in 2019.

Given New Mexico’s massive budget surplus (driven largely by record oil production AND prices), spending went up more than $1 billion in the most recent budget. New Mexicans also saw tax reductions and rebates passed in the special session. Those are all good things, but Colorado’s law provides predictable, steady spending growth so spending and taxes don’t get out of control. 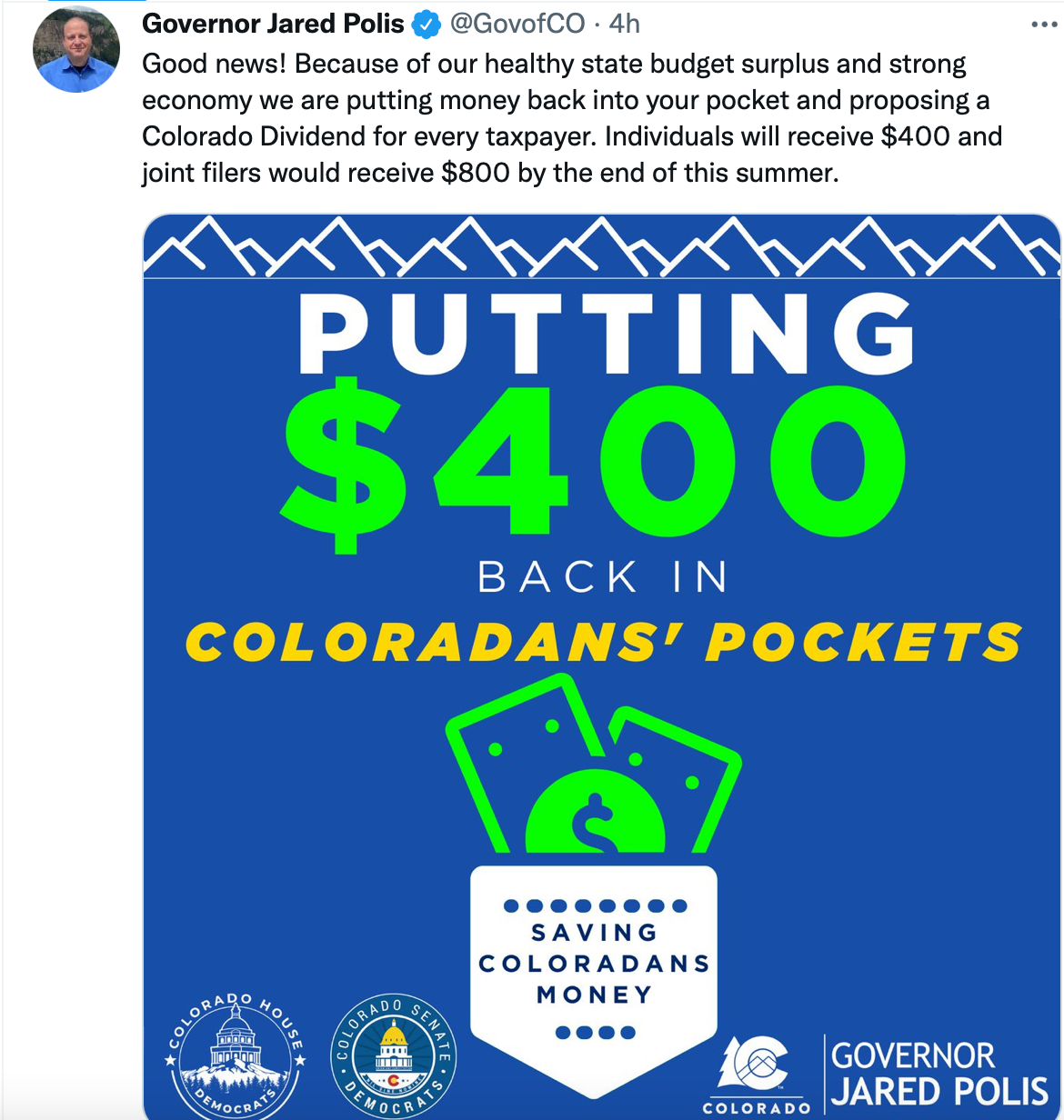 The following data shows how personal incomes in Colorado have far outpaced those in New Mexico in recent years. More information about details of TABOR can be found here. The law came into effect in 1992.

Perhaps unsurprisingly, even prior to the most recent spending boost (taking effect in FY 23), New Mexico government was MUCH larger than Colorado’s. 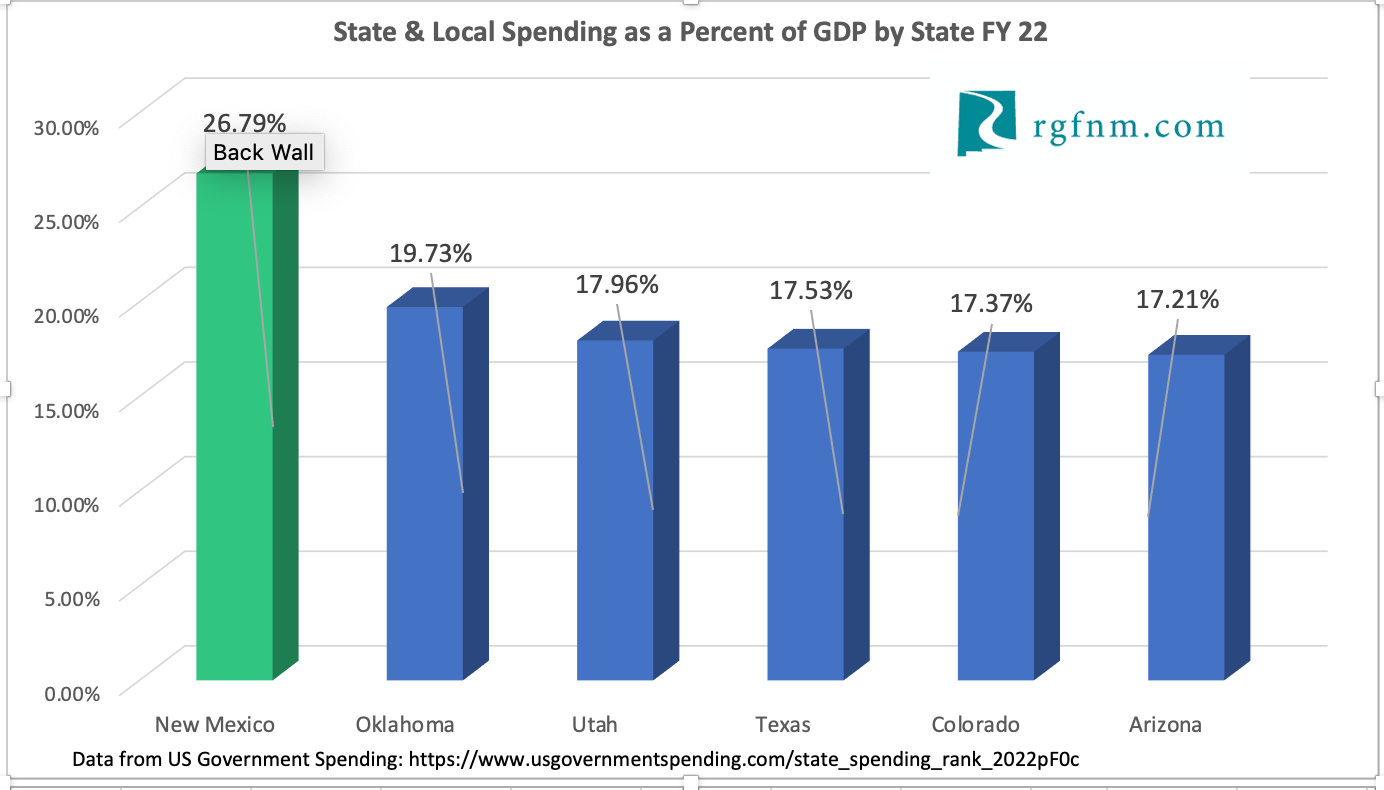 2 Replies to “Colorado’s rebates rival New Mexico’s, but are far superior due to TABOR”