PNM’s newfound concerns about blackouts and brownouts coming this summer has spurred the local print media outlets to report on the high likelihood that, upon closure of the San Juan Generating Station Coal-fired power plant, New Mexicans could be sweltering in the heat and dark come July and August (this summer) upon closure of the coal plant. You can read recent articles here and here.

This is a VERY serious issue that could have deadly consequences for New Mexicans and could inflict serious harm on our economy. Unfortunately, you’ll have to search long and hard through these articles to find the ACTUAL cause of PNM’s problem: the 2019 Energy Transition Act. The bill forces PNM and others to transition to so-called “clean” electricity.

In practice that means shutting down coal and even nuclear and replacing it with some combination of batteries and wind/solar. The articles DO offer details on the challenges PNM is having in finding those energy sources, but they abjectly fail to pin the blame on Gov. Lujan Grisham and the supporters of this terrible legislation.

And the Rio Grande Foundation has been THE MOST VOCAL opponent of the law when it passed in 2019. Here’s a podcast from March 2019. We rated the ETA (SB 489) as one of the very worst bills of the 2019 session. We testified on the bill in a key Senate committee during the session. And, we highlighted the issue at public meetings shortly after the 2019 session.

Sadly, the New Mexico media seem to be working on MLG’s behalf to deflect blame from her awful policies in an election year. 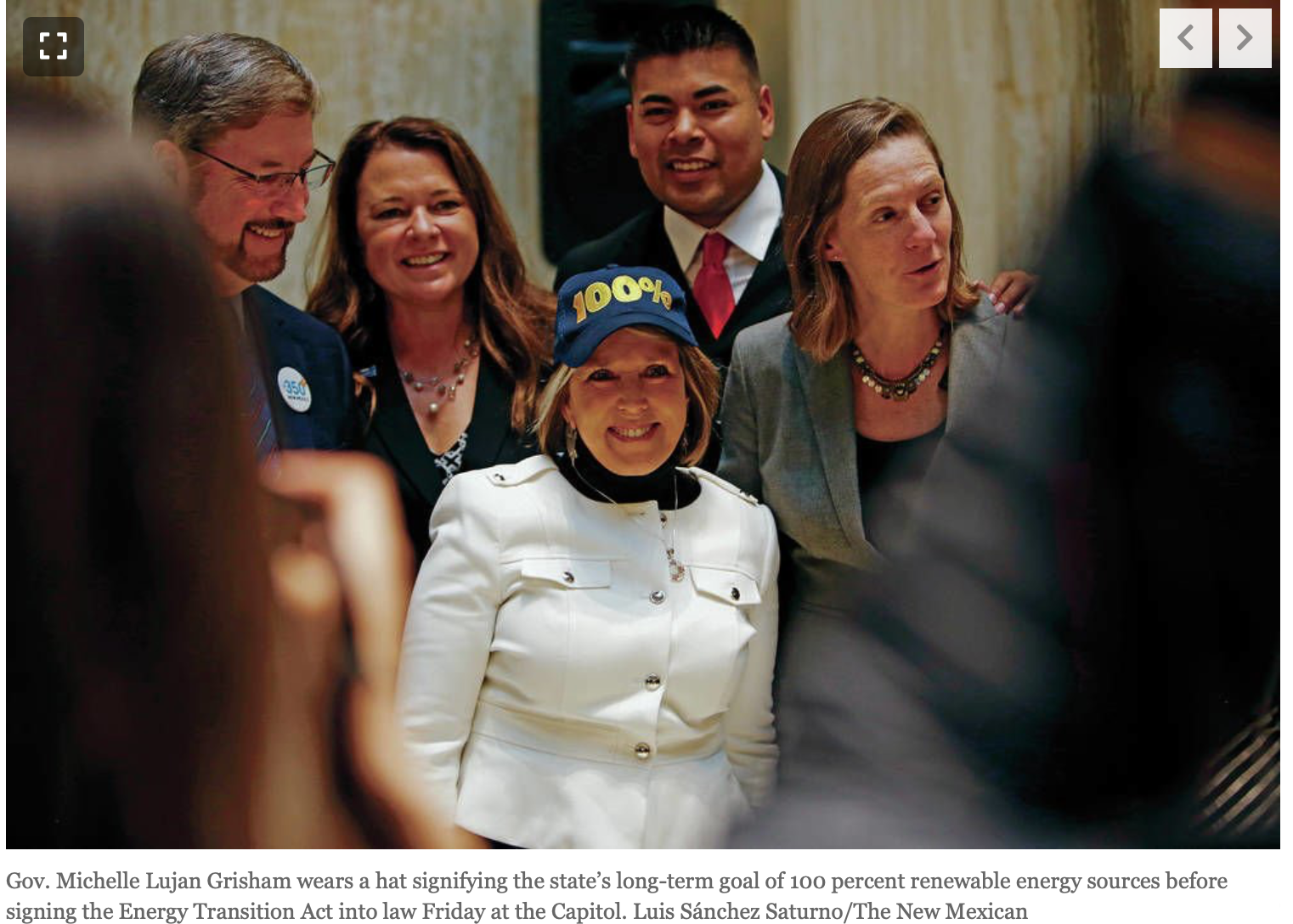