As our previous analysis found, there is strong evidence that states that closed for longer periods of time due to their political leaders’ COVID policies, experienced larger learning loss than states which did not lock down as long.

Using 4th grade reading data, the worst performing states saw losses of 8 to  10 points: Delaware, Virginia, Idaho, Maine, Oklahoma, and West Virginia fall into this category. Sadly, DC was among the worst performing jurisdictions, but it was only included in NAEP not Burbio so it has been omitted here.

In terms of the LEAST BAD performance on NAEP students in a handful of states actually saw an INCREASE in reading scores. Alabama +2, Hawaii +1, Louisiana +2,

In terms of lost time in school, Alabama ranked 33rd, Louisiana 40th while HI ranked 5th. We made the “cut” at zero learning loss, but no states were in that group. Only Alaska had “just” -1 point of learning loss, so we just went with the three states  (average lost school time rank 26).

So, again, Hawaii seems to have uniquely done a good job with virtual learning, but overall, states where students lost more time in classrooms performed worse than those who lost less time. 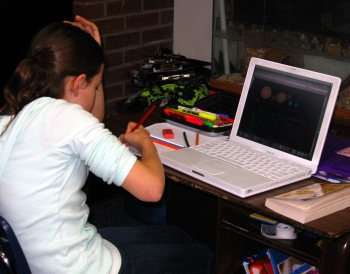 One Reply to “COVID and the tragic NAEP scores: 4th grade Reading (part 2 of 2)”