While the Rio Grande Foundation continues to monitor the rapidly-unfolding situation regarding school reopening and COVID 19 policy, the broader issues within New Mexico’s education system made headlines recently. We wanted to make sure to highlight them.

Recent interim testimony involving the Yazzie case by a prominent Native American leader led to some seeming realizations among New Mexico legislators that the government schools we spend so much money on are failing. Here are a few quotes:

Rep. Derrick Lente, D-Sandia Pueblo, “Native American children have been left to rot because of where they come from” for many years.”

“How much longer do our children have to fail for us to get this right?” Lente asked.

Rep. Javier Martinez, D-Albuquerque said he had “started to question whether more money is actually needed beyond what we’ve invested.”

“I think we’re losing steam,” Martinez said, “I’d hate to be back here in 20 years talking about how nothing has changed.”

Back in 2017, the Rio Grande Foundation argued publicly that more money (thanks to the lawsuit) was not going to “move the needle” on K-12 results. It looks like several “progressive” legislators are at least coming to realize that.

Unfortunately, unions are some of the biggest contributors to Democrats’ elections. So, while they MAY say some reform-minded things for public consumption, we haven’t seen them even contemplate serious education reform for more than a decade and the failure of additional money to improve New Mexico’s poor education results is unlikely to move the needle toward actual reform in the Legislature. We will work as hard as we can to put reform on the agenda nonetheless. 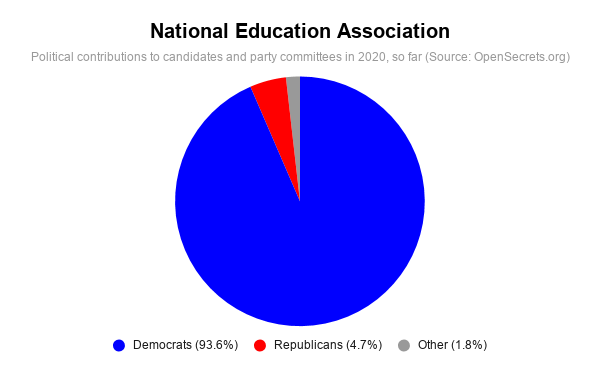