According to news reports “artists” are now using the blank canvas provided by the boarded up downtown businesses destroyed in recent riots to express their artistry. Not surprisingly, “art” is in the eye of the beholder and if you drive on Central (where most of the destruction occurred) it looks like just one long graffiti wall.

The photos below were taken at the New Mexico Bank and Trust building downtown on Gold Street on Monday, July 13. Do businesses get to approve the “art” placed on their walls?

UPDATE: The following information was provided by Leland Sedberry who is involved in commercial real estate in Albuquerque.

I just reread the contract sent to me. the section pertaining to art on boarded up windows is actually stated as an “option” for property owners, and the owners may even choose their own artists. the catch 22 is that the city is only allowing you two choices, either replace the glass using their contractor or agree to the mural “option” where they can provide the artist or the owners can pick their own. Combined with the Mayor publicly stating that if businesses don’t replace their glass, the City will start issuing Code violations, I wouldn’t consider it much of an “option”. 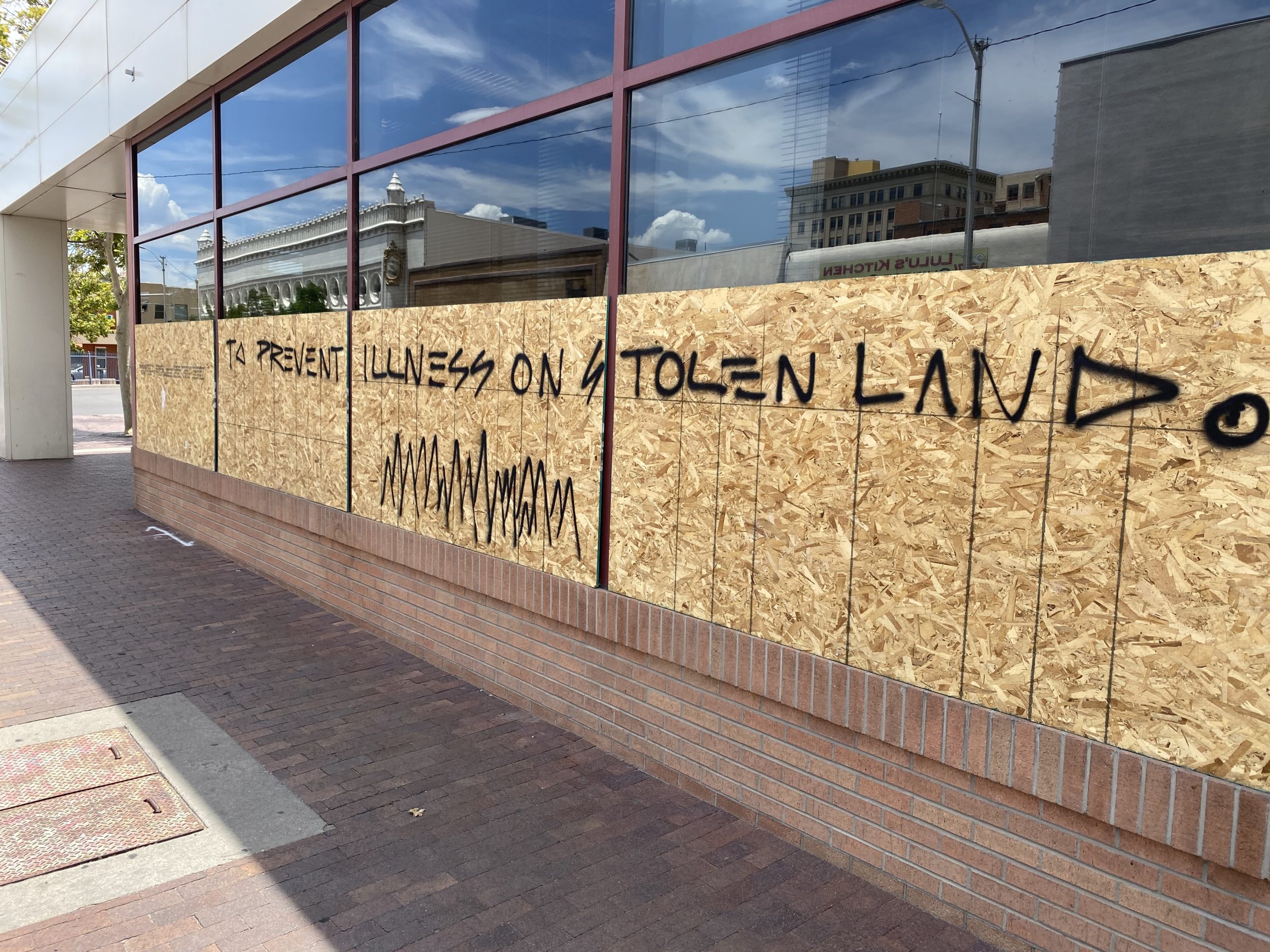 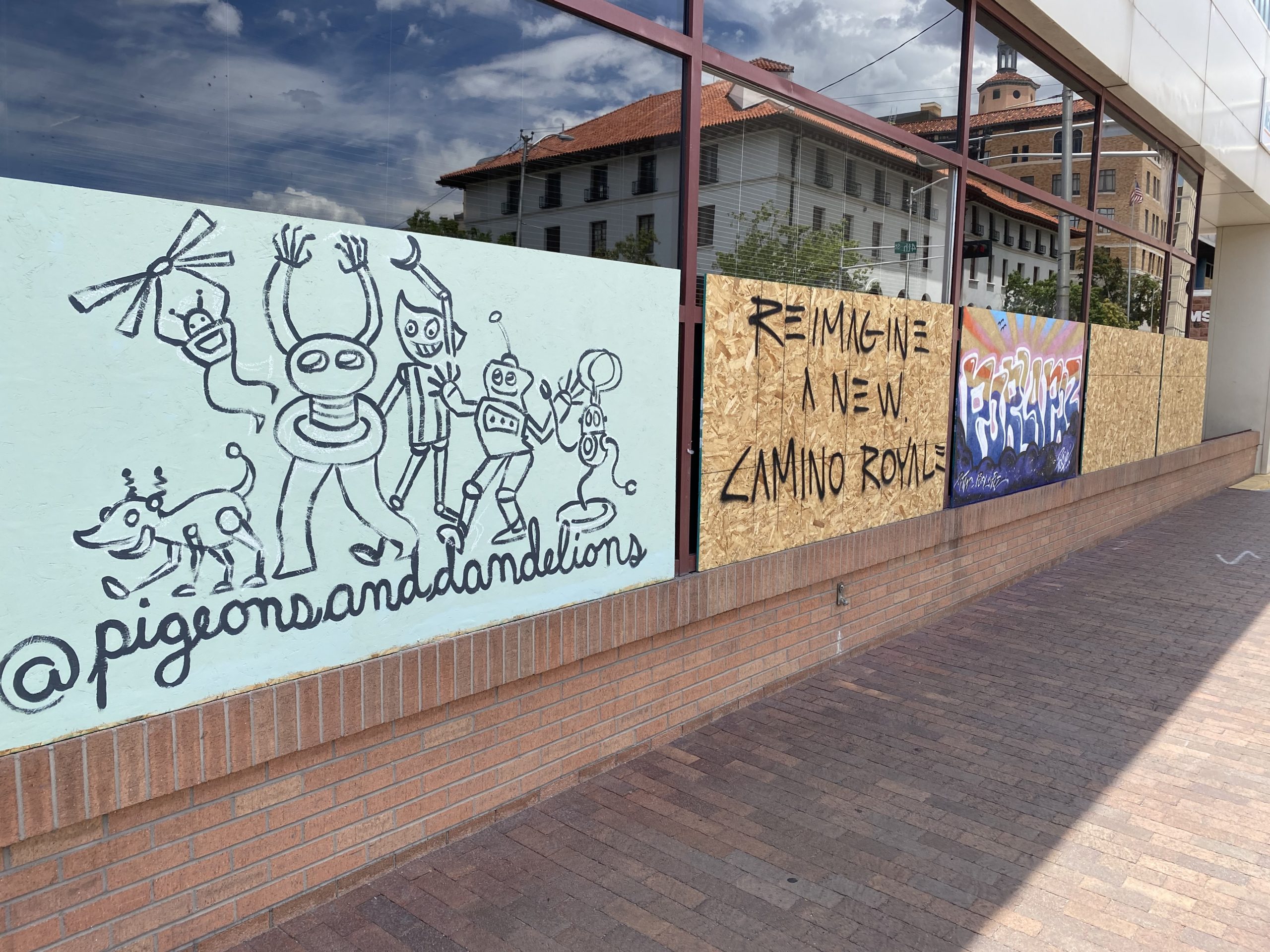