Imagine my non-surprise when I clicked on the latest national ranking of public school systems (this one from Forbes) and found that New Mexico ranked 51st. Read their comments below and you further grasp the scope of the problem.

So, while we are pleased that voters saw fit to rid Albuquerque Public Schools of three union-backed members (and a few other districts around the State rejected the unions), it is going to take A LOT more reform to move New Mexico schools in the right direction. Specifically, the Legislature in Santa Fe remains in thrall to the unions as does Gov. Lujan Grisham.

To really move New Mexico’s education system forward (along with the rest of the economy) it is going to take multiple electoral cycles like this one in which candidates beholden to the unions and their money are rejected in favor of reformers and choice advocates. 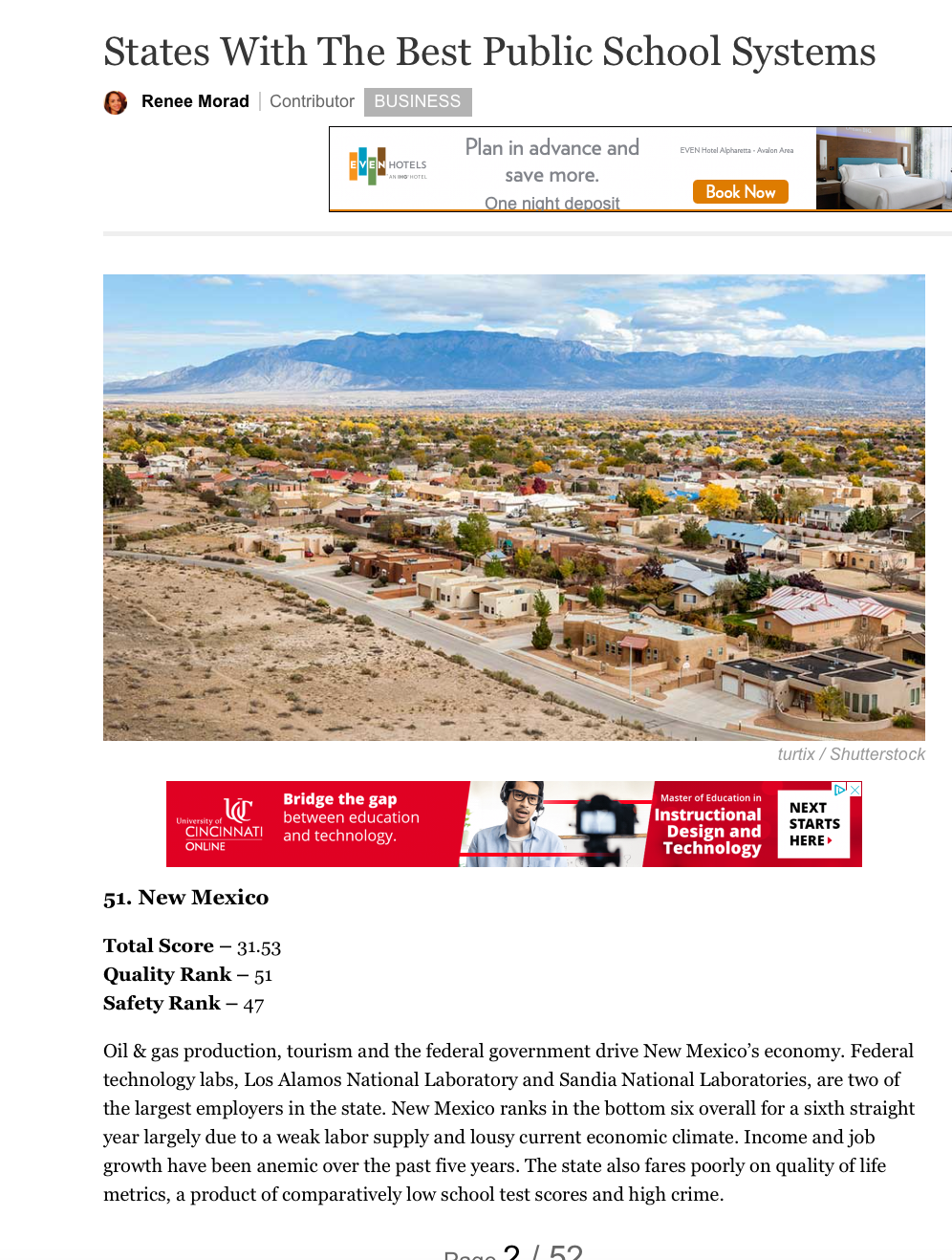