KRQE’s Larry Barker has uncovered an example of corruption in both the City of Albuquerque and State of New Mexico governments. Ironically, while what happened is clearly illegal under current State law, voters’ (misguided) decision to pass Amendment 2 on Election Day seems to allow for future deals like this one.

The Duke City Gladiators may be named after Albuquerque, but they play in Rio Rancho. That didn’t stop the City of Albuquerque (seemingly just Mayor Keller) from using City and State capital outlay dollars meant for use in the City ($239,622) to fund a turf field for the team.

Using Albuquerque $$ for a Rio Rancho project is problematic enough, but the spending is clearly for private use (Gladiators) of public property (Gladiator’s field) without compensation which is a violation of the “Anti-Donation Clause” of the State Constitution.

Ironically, State voters JUST decided to weaken New Mexico Constitution’s anti-donation clause (which disallows the use of tax dollars for private benefit). The Rio Grande Foundation argued against the change in advance of the vote due to the very real potential for corruption as sign in this example. 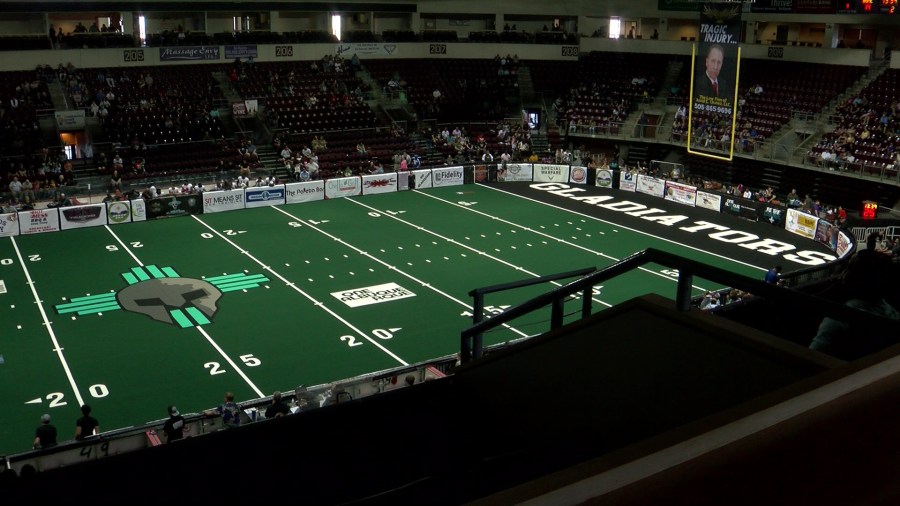