On June 1 New Mexico will open further under the latest health order from Gov. Lujan Grisham. We welcome this positive step.

Houses of worship remain at just 25% which seems unnecessarily low, but the biggest issue at this point is that bars and breweries remain completely closed. When those will open is anyone’s guess, but we’ve seen massive growth in the home-grown brewery business and it seems hard to justify their closure at this point (especially since many of them have more plentiful outdoor patio areas than restaurants).

The strict limitation on large groups remains in effect and she is setting herself up for some very controversial and difficult decisions over Balloon Fiesta and the State Fair in the very near future. 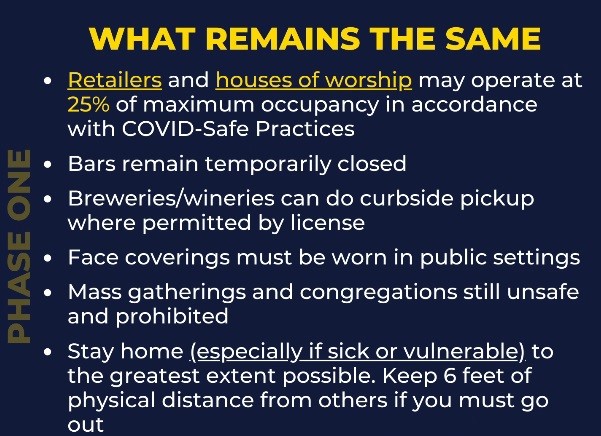