The following chart is from American Enterprise Institute economist Mark Perry.  Perry periodically puts together charts like this one showing how the costs for various commonly-purchased items evolve over time.

Interestingly, in recent months there has been an uptick in the prices of new cars as is readily apparent on the chart. That is an area the government of New Mexico has taken more interest in recently with adoption of the Gov.’s “Clean Car Rule.”

Limiting government involvement in the economy is another way to reduce inflation. 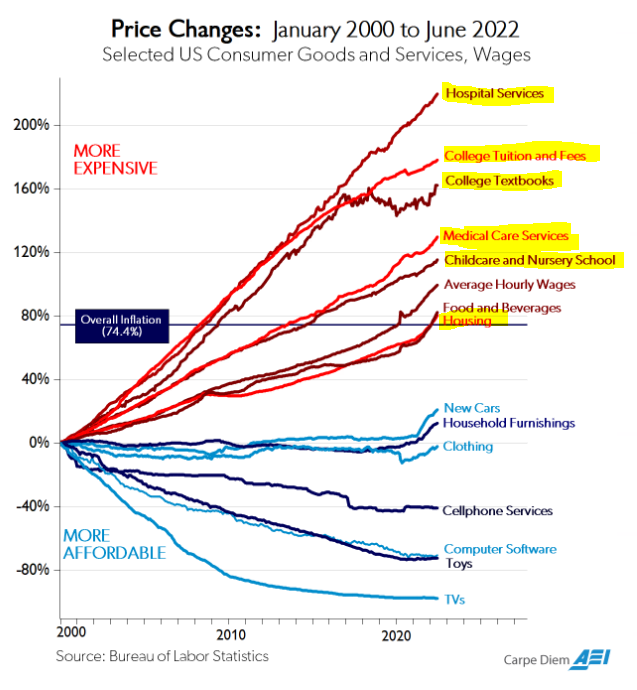