HB 291 passed the New Mexico House as an economically-harmful tax hike. Senate Majority Leader Peter Wirth has made some changes to the bill as detailed in the Albuquerque Journal. 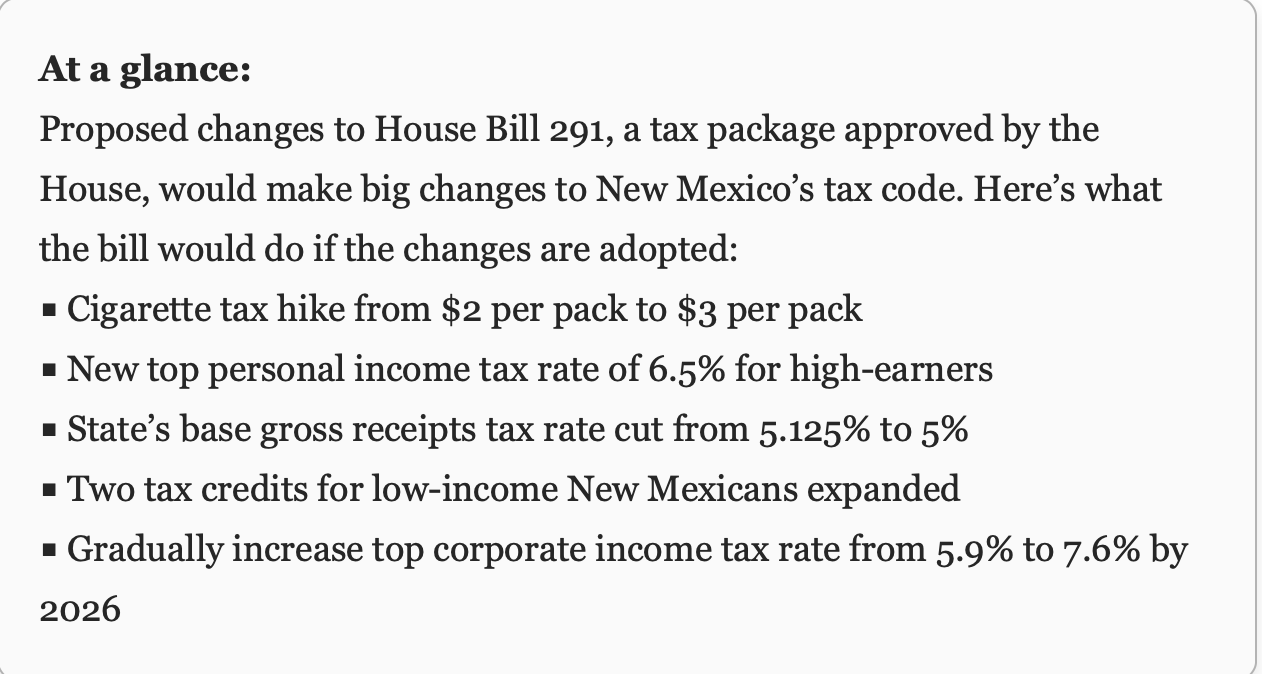 In summary, with $300 million of new money and having just received an unprecedented $9 billion from the federal government, the idea that taxes need to be increased is misguided to say the least.

Worse, raising the top income tax rate from 5.9% to 6.5% and increasing corporate taxes to 7.6% is economically-senseless. Raising cigarette taxes so dramatically is both “regressive” AND will lead to cigarette smuggling as New Mexicans head to tribal lands to purchase cigarettes. New Mexico already has one of the highest rates of smuggling in the nation.

If Democrats who control both houses of the Legislature and Gov. Lujan Grisham want to increase tax credits for low income New Mexicans they should do that. The money is available in the form of $300 million (and rising) in “new” money.”

One Reply to “HB 291 is still economically-harmful”