As if to prove that the Albuquerque Journal will run anyone’s opinion article no matter how crazy, Nick Estes (a left-wing liberal who I’ve debated in the past) has a column in today’s paper touting the alleged benefits of “helicopter money.” Helicopter money is a term for government printing money and proceeding to spread it around the economy by dropping it out of helicopters.

Estes justifies the idea claiming that the great libertarian economist Milton Friedman recommended it “half-jokingly.” I am not sure where Estes gets that. Friedman routinely decried the dangers and pernicious impacts of inflation (government printing of money). As Estes notes in his column, the government would indeed have to print more money in order to drop it out of his helicopters. Here is just one of Friedman’s many lectures on inflation.

But one doesn’t need to rely on Friedman to debunk the idea that printing money will improve our economy. Is Estes familiar with Zimbabwe(see picture below)  How about Venezuela where inflation is running at 500%?

Friedman had another famous quote, “There’s no such thing as a free lunch.” In other words, you can’t build prosperity without increasing output, improving economic efficiency and doing more of the things that actually build wealth. Unfortunately, Estes is by no means alone in supporting government spending as a means of economic growth. It is an affliction of both the left and right nowadays.

If we want to build wealth — in the US, Venezuela, or right here in New Mexico — we need to reduce tax and regulatory burdens (including minimum wages and other government mandates) to get people back to work. We need fair and consistently-applied legal policies (free of corruption) and low, reasonable taxes, especially on productive economic behavior. 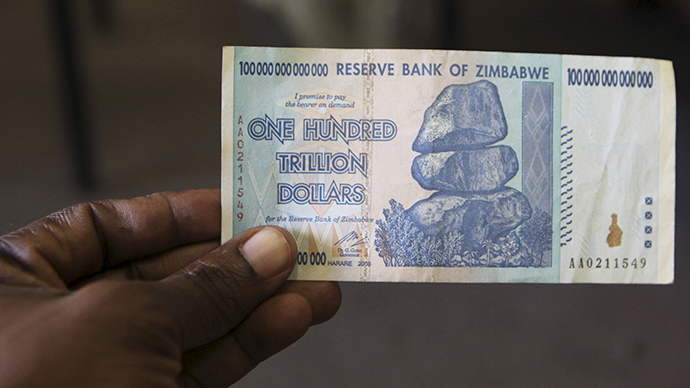