The media are reporting that New Mexicans can expect Blue Cross to return to New Mexico’s Obamacare exchange for 2017. That should be good news, but the fine print is more troubling.

According to Politico, (article is behind a paywall) “Blue Cross and Blue Shield of New Mexico might return to the state’s Obamacare exchange for 2017 – but it wants to raise average rates for individual plans by more than 80 percent over what it charged last year.

So, before supporters of the disastrous ObamaCare law get too excited, they should realize just how much these plans are costing average New Mexicans. Blue Cross President Kurt Shipley put the best possible spin on the situation saying the 83 percent listed by the state doesn’t accurately reflect proposed rates because new plans will be offered and the premiums will be competitive with those of other insurers in the New Mexico market. In other words, since consumers are forced to purchase “Mercedes Benz” plans as opposed to Hyundai plans, prices will go up.

That is little consolation for those getting socked with 83 percent rate hikes….and it doesn’t explain why New Mexico Health Connections and Presbyterian plans are going up by more than 30 percent.

I guess there is always Medicaid! 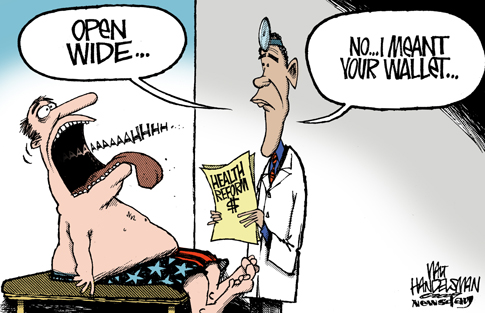 2 Replies to “Hooray, Blue Cross is back…and raising rates by more than 80 percent”