The Rio Grande Foundation has repeatedly argued that deaths are the appropriate way to measure the impact of this Virus on our State. As the chart below from the New York Times shows, while a small uptick has happened recently, the rolling average in terms of deaths in New Mexico is well below where it was back in mid-May and during most of this crisis.

When comparing New Mexico with other states, our deaths per-million rate is better than Colorado or Arizona, but still much worse than Texas, Oklahoma, or Utah. At 254 per-million we are ranked 21st (from highest) overall as of July 9, 2020. 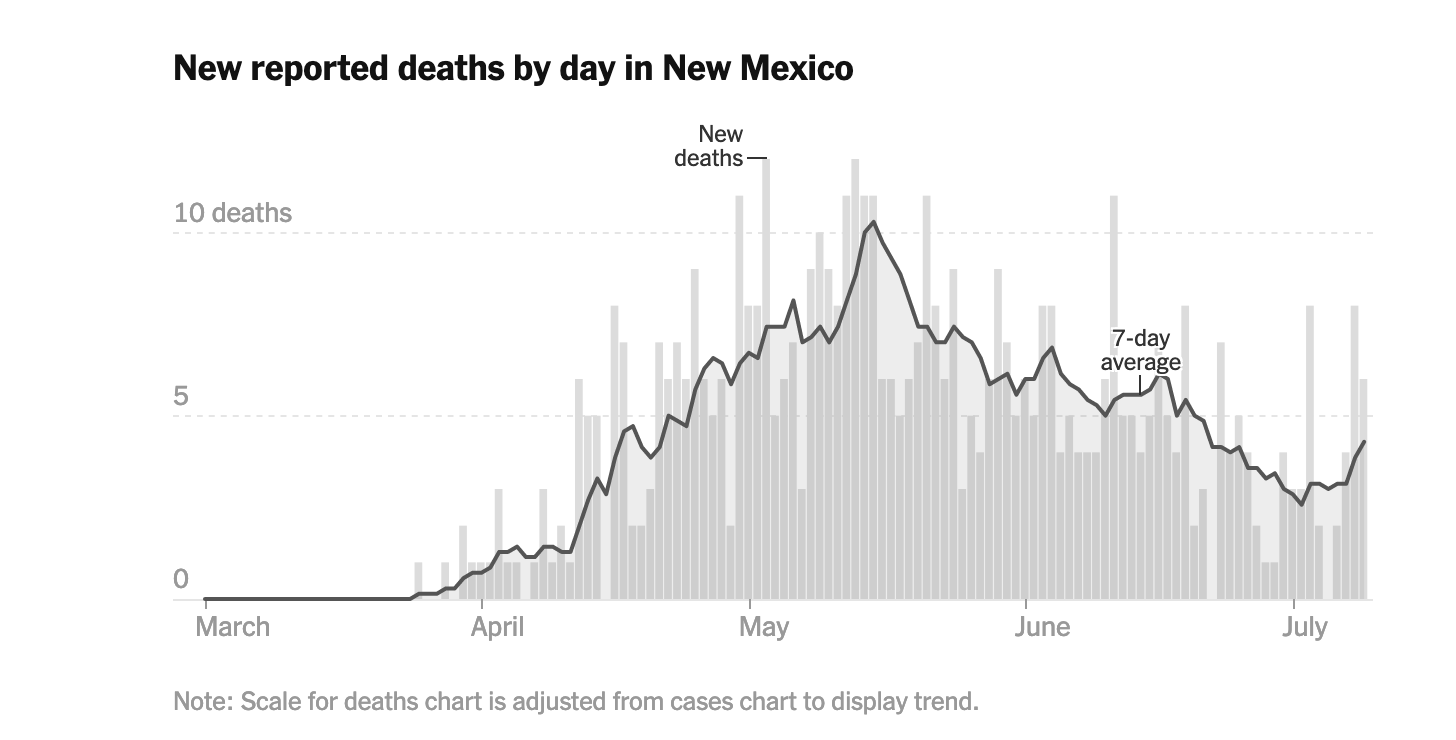