To her credit (and unlike many so-called “progressives” in the Legislature) Gov. Lujan Grisham acknowledges the harm being done to New Mexico by the Biden Administration’s moratorium on oil and gas permitting.

IF the Gov. and her compatriots in New Mexico government (specifically AG Hector Balderas) truly cared about defending New Mexico workers and the economy, they’d be eater to join the 14 states that have filed suit against the Biden Administration over its permitting moratorium. I’m not holding my breath. And yes, while the Gov. doesn’t “control” the AG, she can certainly call publicly for action on his part on behalf of New Mexico. I’m not holding my breath.

The following analysis by American Petroleum Institute illustrates just how dependent New Mexico is on federal oil and gas leases. 62,000 jobs and $1.1 billion in state revenues are at stake. 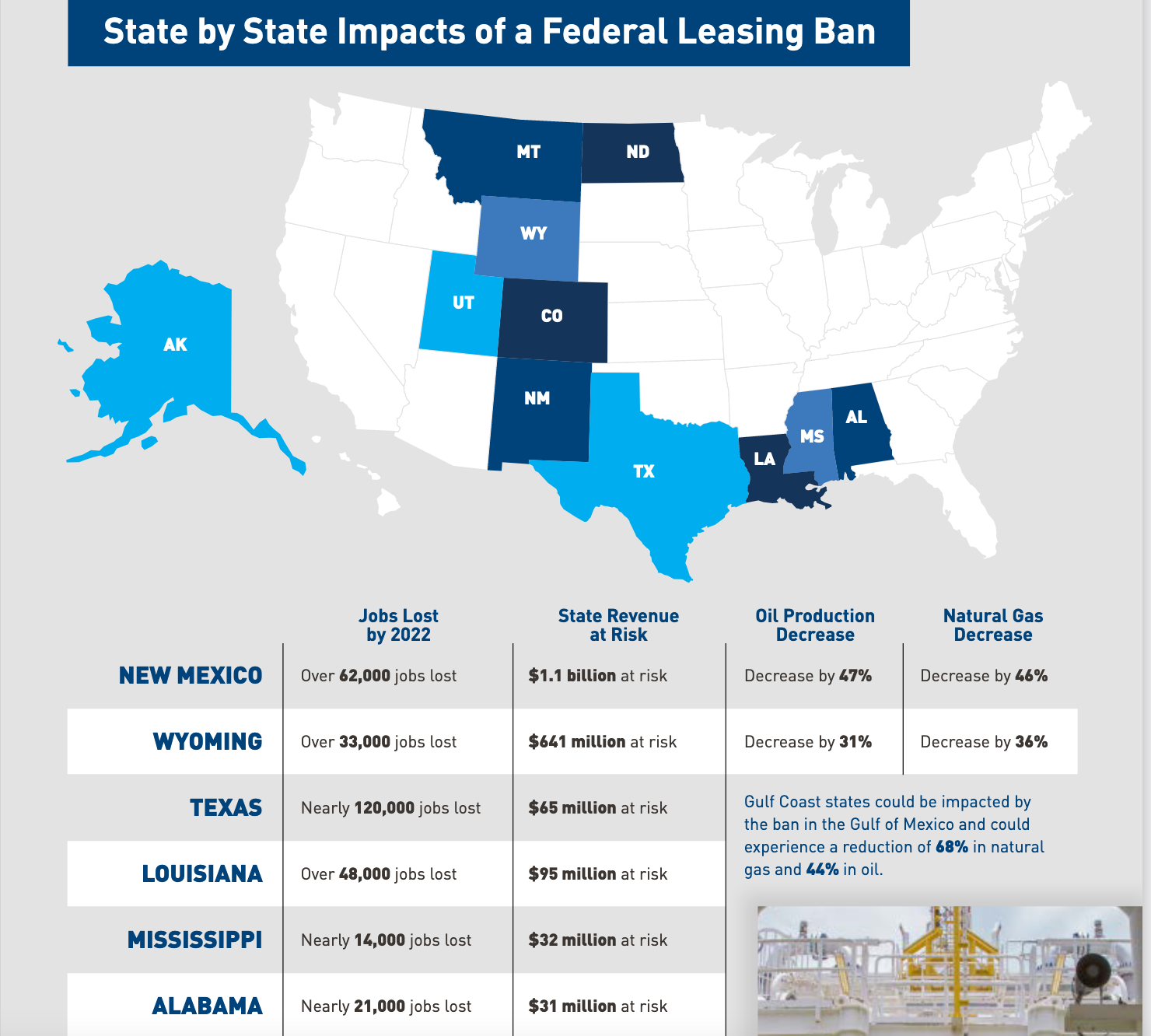