For even the most detached observers, the last few years have been tough ones in Albuquerque and New Mexico as a whole (outside of the fast-growing oil patch). So tough, in fact that author Wally Gordon recently penned a column questioning whether or not Albuquerque is “dying” in the same ways in which cities like Detroit have “died.” While I don’t have significant issues with Gordon’s analysis as far as it goes, he offers no serious policy reforms and, were he a self-identified “conservative,” he’d be immediately and harshly attacked as he lives in Edgewood, not Albuquerque.

Nonetheless, the potential “death” of a city in which I DO live is too significant to ignore. Is Albuquerque dying? I’d say “no.” While the economy is struggling mightily, none of the area’s major employers: Sandia, Kirtland AFB, or Intel have left. As you can see, this area is entirely too reliant on government jobs, but this is nothing new:

Unlike Detroit which was once one of America’s truly great cities, Albuquerque has never risen to those heights, nor has it experienced a total Detroit-style collapse. Were a base or a lab or Intel to close, this might change.

That doesn’t mean the situation is good: 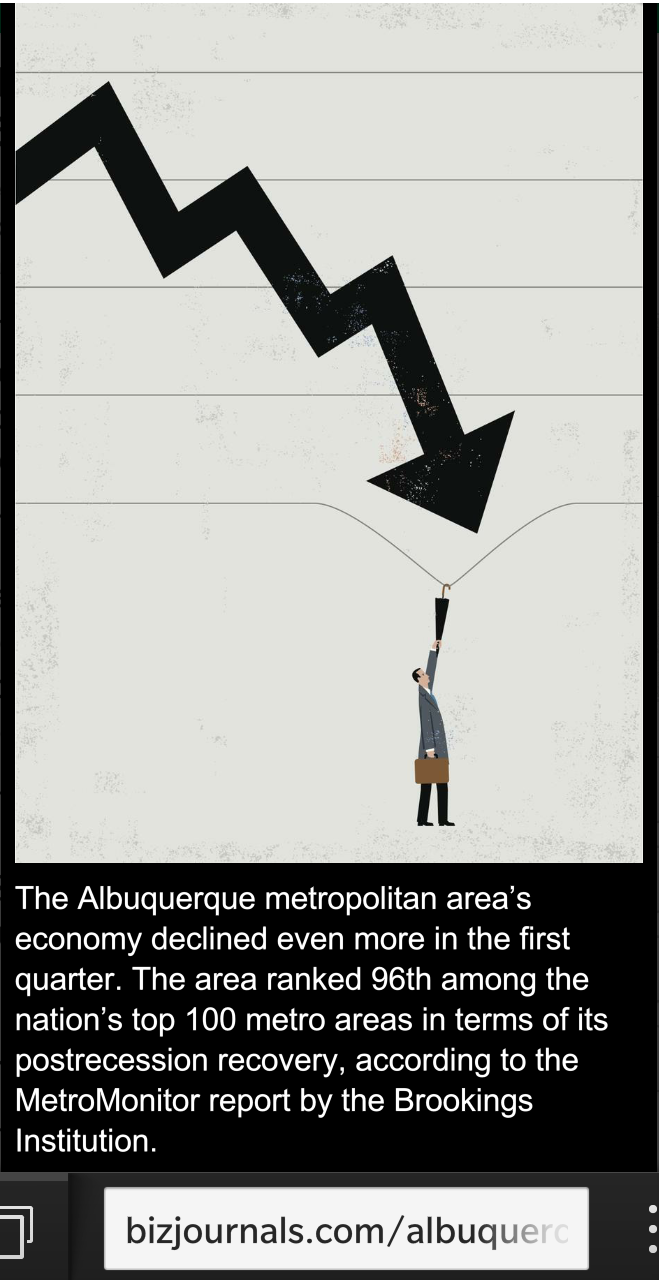 Obviously, the police situation needs to be reformed, but the police and mental health situations are the result of, not the cause of our City’s maladies. The cause is our terrible economy and over-reliance on government. Unfortunately, the City has limited levers with which to work. Economic policy is controlled in Santa Fe, specifically by the liberal-controlled Legislature. Rio Grande Foundation has outlined 9 public policy reforms that the Legislature could move forward with right away, but the leadership in Santa Fe doesn’t have a clue about economics so they focus on raising the minimum wage and spending more money on pre-k programs.

13 Replies to “Is Albuquerque dying? More importantly, what can be done to save it?”