Rather than describing the story at length on my own, this article from the Alamogordo Daily News really explains the situation.

The key is that a conflict between the Federal Government’s US Forest Service/Department of Agriculture and Otero County, NM. The Sheriff of Otero County, Benny House has been instructed to unlock/open four fences that are limiting access to water by cattle on Forest Service lands in the County. Again, the specific issues and jurisdictions are complex, but it is another disagreement over who should manage resources in the West, the federal government in Washington or state and local governments. 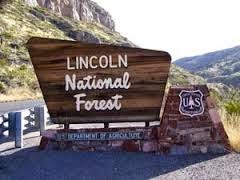 Ultimately, we at the Rio Grande Foundation have endorsed state control as per the 9th and 10th amendments to the US Constitution, but it will take the intervention and activism of local government officials to spur the discussion and ultimately drive the shift in land management away from a far-off bureaucracy to the states.

It will be interesting to see if Sheriff House unlocks those gates and how the Forest Service responds.

5 Replies to “Is Sagebrush Rebellion 2 Moving to Otero County, NM?”