Two stories in Albuquerque Journal, one from Sunday, the other from Monday.

On Sunday the ABQ Journal editorialized that New Mexico’s “education moonshot” has not shown academic results. Then, on Monday a story shows that after 7 years of collecting a new gross receipts tax Bernalillo County’s effort has suffered from “disorganization, waning engagement with the community and a lack of clear cut performance standards.

It is hard for New Mexico’s big-government-addled politicians to understand, but government tends to do a poor job no matter how much money is poured into the next “solution.” So, we’ll be right back here in a few years when the pre-K constitutional amendment passes and (again) fails to move the needle on education outcomes.

Wallethub ranks New Mexico 49th on “ROI” per taxpayer dollar invested. Is this any surprise? 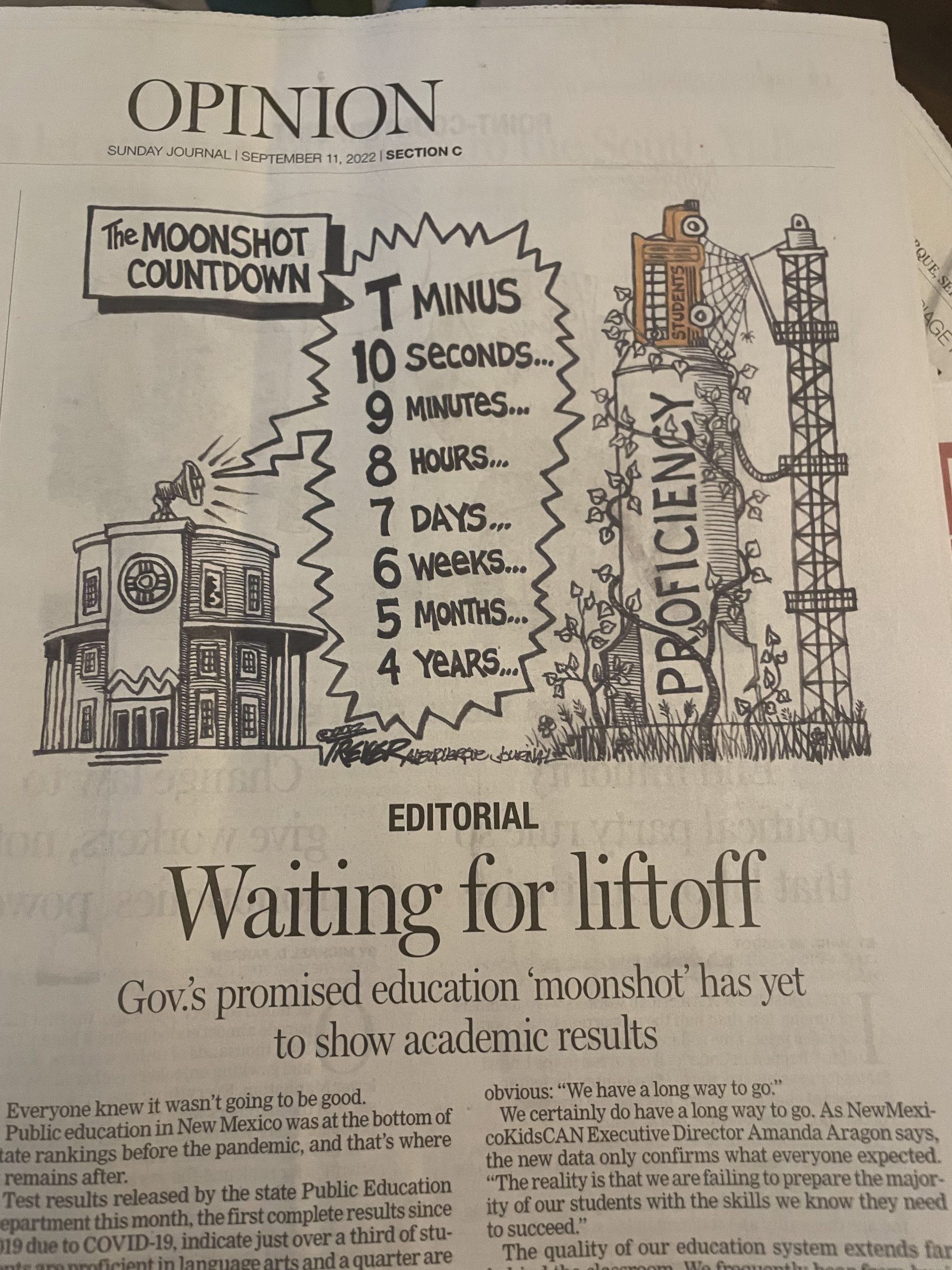