UPDATE GOOD NEWS: On March 9, the NM Senate Amended the tax hike out of HB 255 and passed it in a bipartisan vote.

The Rio Grande Foundation has long supported reform of New Mexico’s arcane and expensive liquor licensing system. Legislation (HB 255) has been introduced and is moving through the current session.

There is a lot to like about the bill, BUT, as of right now, the bill has a retail excise tax of 2 percent on alcohol sales that would increase taxes by $30 million annually. See FIR below.

The bill is moving. The GOOD news is that the tax hike MAY be removed. We hope so. If it IS removed HB 255 may be one of the better bills passed for long-term economic growth this session. 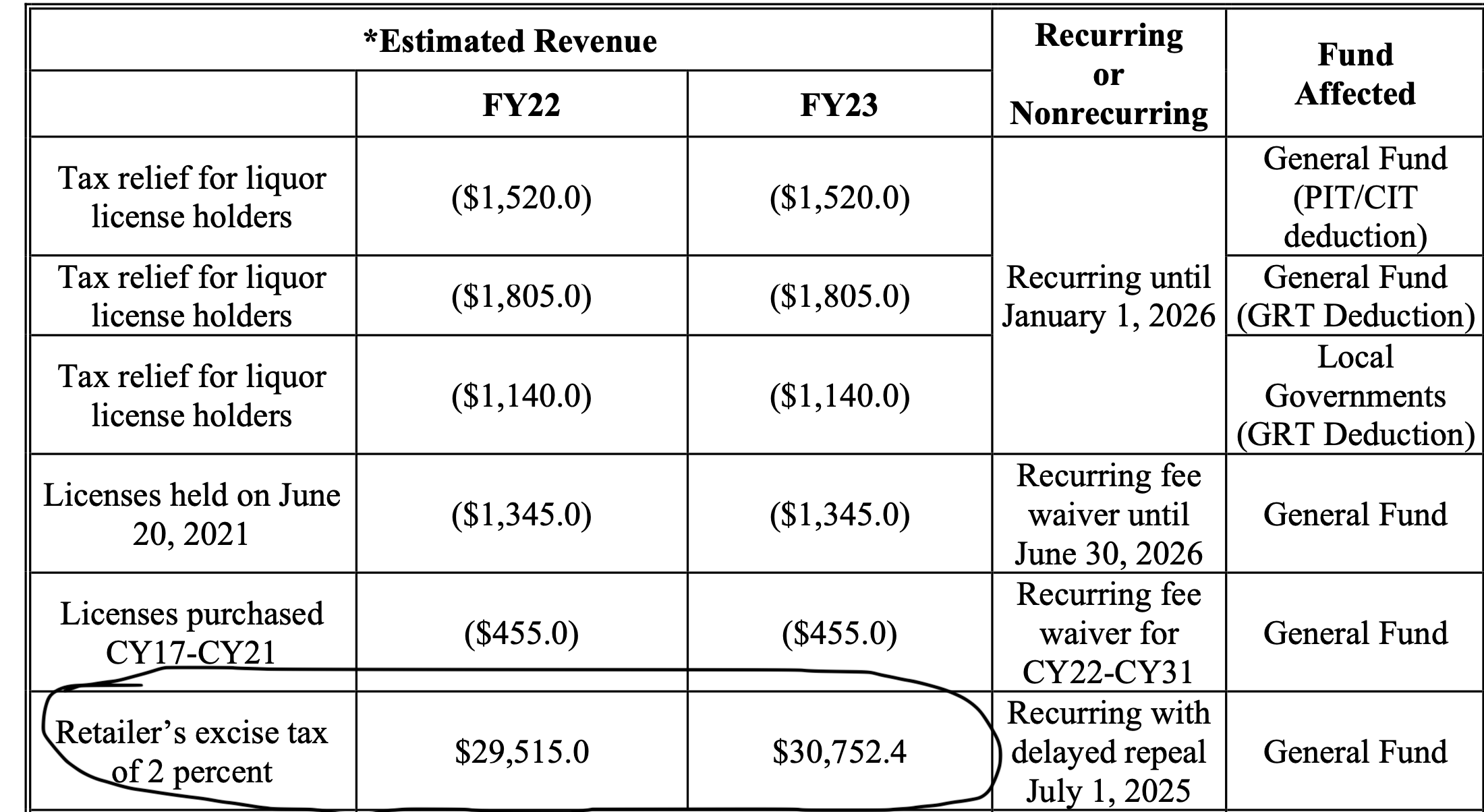