Back in January, New Mexico’s unemployment rate was just 5%. It was higher than the rates in most states, but it was at a healthy level. Then in March, COVID 19 hit and most states began locking down their economies.

State economies widely vary in how and when they will be impacted by the Virus and the lockdowns imposed by their political leaders, but with New Mexico Gov. Lujan Grisham shutting down restaurants and tourism, it is no surprise that the State’s unemployment rate has risen (despite New Mexico benefiting greatly from large “investments” by the federal government.

If New Mexico remains locked down it seems hard to believe that New Mexico’s unemployment rate will improve relative to its neighbors. Rates for all 50 states are here. Utah’s 4.5% rate is the lowest in the nation. 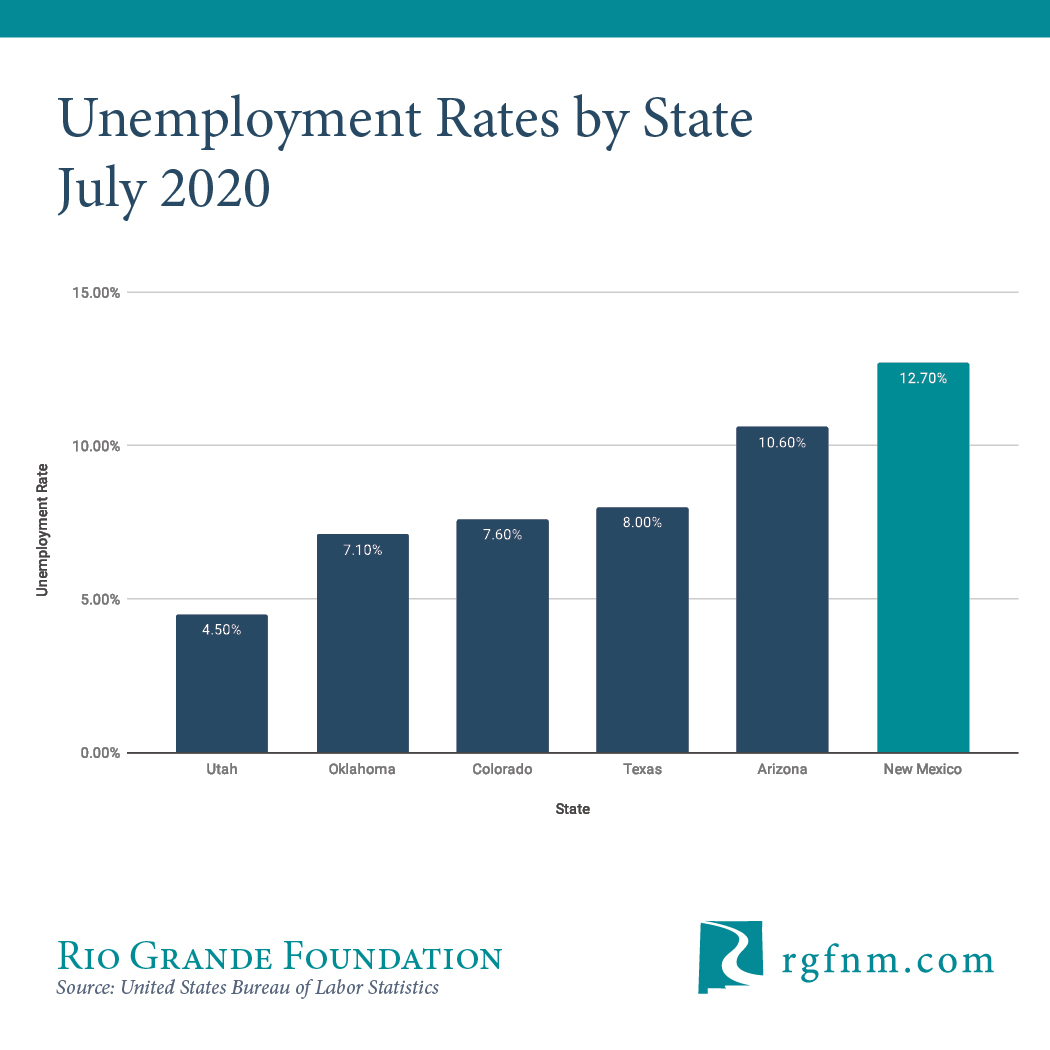