Gov. Lujan Grisham’s COVID restriction policies officially “jumped the shark” this week when the combined effects of her 25% occupancy mandate (or 75 people including staff (a tiny number for a big-box store) conflicted with her edict that allows the New Mexico Department of Health to close workplaces down for two weeks if they have four or more COVID-19 rapid responses in a 14-day period. (see photos below).

While the four Rapid Response concept has some merit, the reality is that larger workforces (like big box stores) are going to have more cases than smaller ones and several of them have indeed been shut down.

Worsening the situation is the Gov.’s “let them eat cake”mentality expressed by her spokesperson by claiming that the grocery store lines were “a Republican talking point.”

As bad as this is for the urban denizens of Albuquerque or Santa Fe (particularly the elderly), imagine the challenge of living in a rural part of New Mexico where the nearest grocery store is a 45 minute or even a 90 minute drive away.

As an American I never thought I’d see people having to line up to wait in line for food. The capitalist system remains functional as food and other essentials are being produced, but the government’s COVID response is failing. 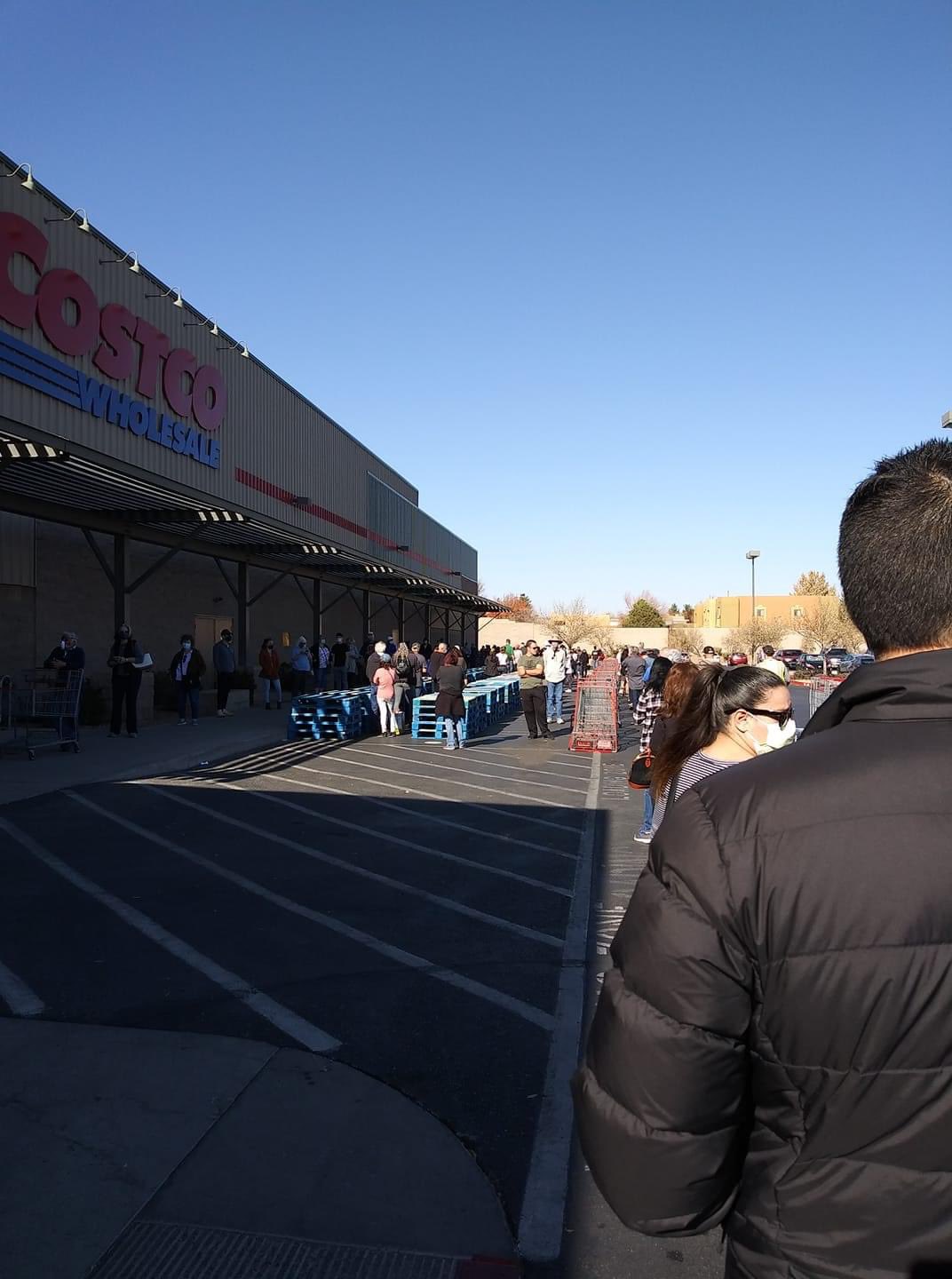