In a story published yesterday, the ride-sharing company Lyft is leaving New Mexico citing “mounting legal pressure from local (New Mexico) regulators.” From the looks of Facebook comments that I found it was a mysterious “DWI lobby” that caused onerous regulations to be passed by the PRC thus forcing Lyft out of New Mexico.

In reality, the situation seems quite a bit simpler. A better set of regulations for ride-share services was introduced by Rep. Monica Youngblood during the 2015 legislative session. This bill, HB 272, passed overwhelmingly 56-8. Unfortunately, the bill, as with so many others, got killed in the Senate without so much as a floor vote. 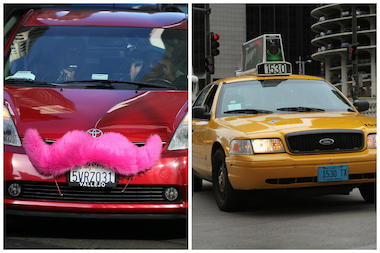 In the wake of the Senate’s failure to pass a reasonable bill, the PRC stepped in with some onerous regulations and now Lyft is gone.

So, there you have it: a microcosm of why New Mexico remains poor and doesn’t create as many jobs and as much economic prosperity as its neighbors. Michael Sanchez is by no means the only liberal politician that likely scared the ride-share companies (AG Balderas’ calls for drug testing were likely another factor). The PRC can also be faulted for passing onerous regulations. But, when blame is assigned for Lyft (and possibly Uber) leaving New Mexico, Majority Leader Sanchez and his near-dictatorial control over the Senate’s calendar must be near the top of the list of reasons.

2 Replies to “Lyft bails on New Mexico: Is Michael Sanchez to blame?”