Government at all levels in New Mexico has seen unprecedented money flow in (thanks to both the oil and gas industry’s largesse and federal stimulus and bailout $$). Simultaneously, employers face real challenges filling jobs to perform essential services including right here in Albuquerque where the City’s police department remains woefully understaffed while the City continues to break crime records.

A new audit of the City of Albuquerque (find the ABQ Journal story here) found that one place that is not struggling to find workers is the bloated city government which has seen an explosion in hiring of “unclassified,” or appointed jobs. Among other things the audit found over half of the jobs it reviewed lacked job descriptions and that some high-level workers have been getting raises without documented justification or changed job responsibilities.

Of the “unclassified” hires studied in the audit “only 21 percent of positions tested had an application and/or a resume on file related to the position, and only 13 percent had evidence demonstrating verification that the applicant met the minimum requirements.”

The following chart is taken directly from the audit. Clearly, the Keller Administration needs to be held accountable for this by City Council, the media, and the public. 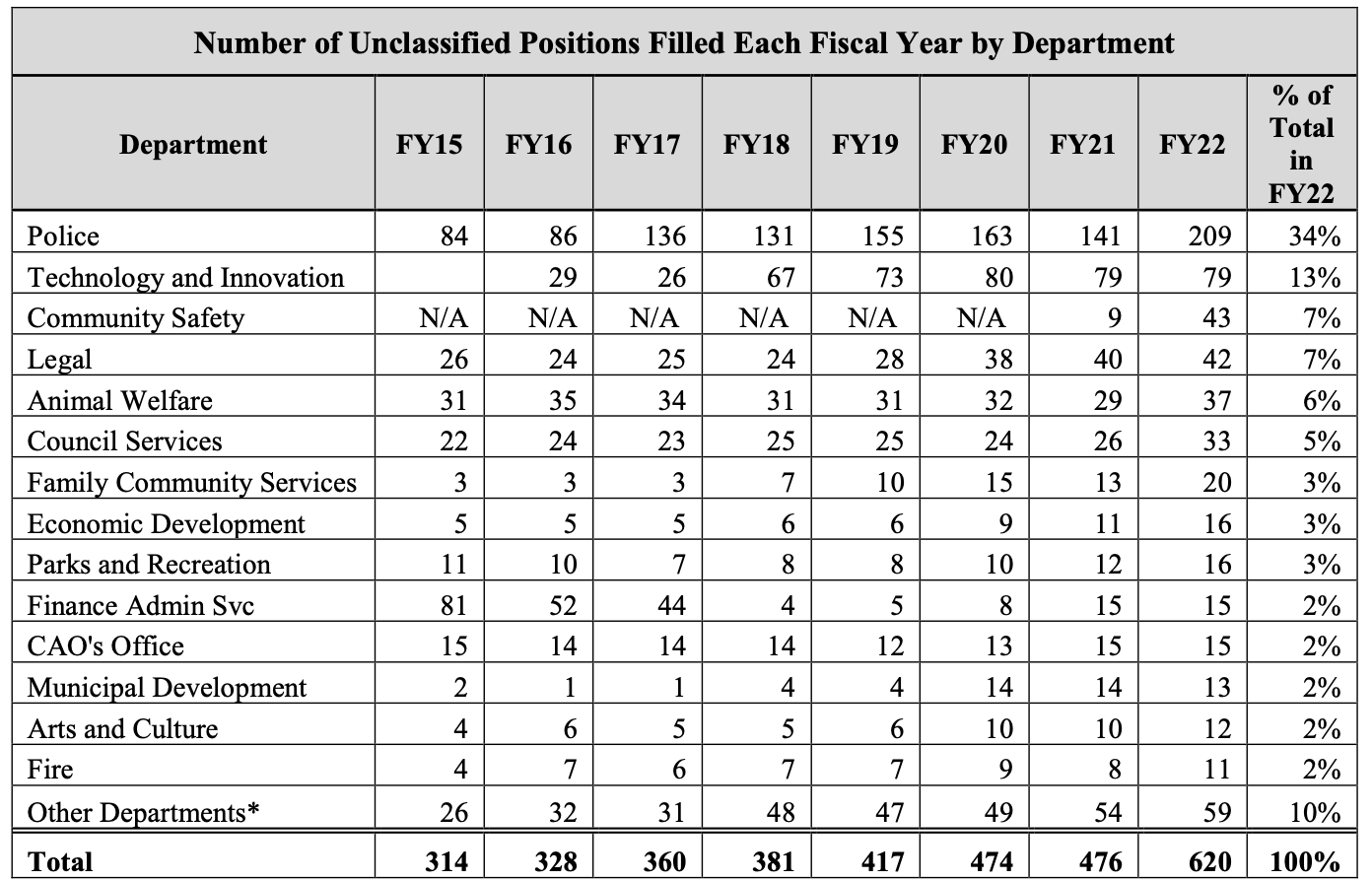