There’s no doubt that New Mexico’s reopening has been chaotic and seemingly based on mere whims as opposed to science. On Friday with the Legislature’s special session taking most of the media attention, David Scrase, the Gov’s health/COVID 19 “guru” held his own press conference (without the Gov.) to tell New Mexicans that the reopening of our State will be on hold for at least two weeks (from July 1).

Of course, based on the Gov.’s original phased opening plan which was released back in late April we are WAY behind in terms of reopening. As the screen shot below shows, the original plan was for theaters, bars, and casinos to have opened in early June.

Also, as we have noted elsewhere, there are STILL numerous businesses and services that seem to have fallen through the cracks: studio gyms (like yoga and pilates), amusement parks, swimming pools, entertainment centers, wineries, and more continue to be shut down with no reopening in sight. Churches remain at 25% capacity.

Is there a rhyme or reason to the Administration’s policies? If so it is hard to tell. At the Rio Grande Foundation and along with Power The Future NM we released a plan several months ago to “Fairly Open” New Mexico. Of course, as someone from out of state recently complained with regard to this situation (and a planned meeting here), “Your state does not make it easy to find info. LOL!” 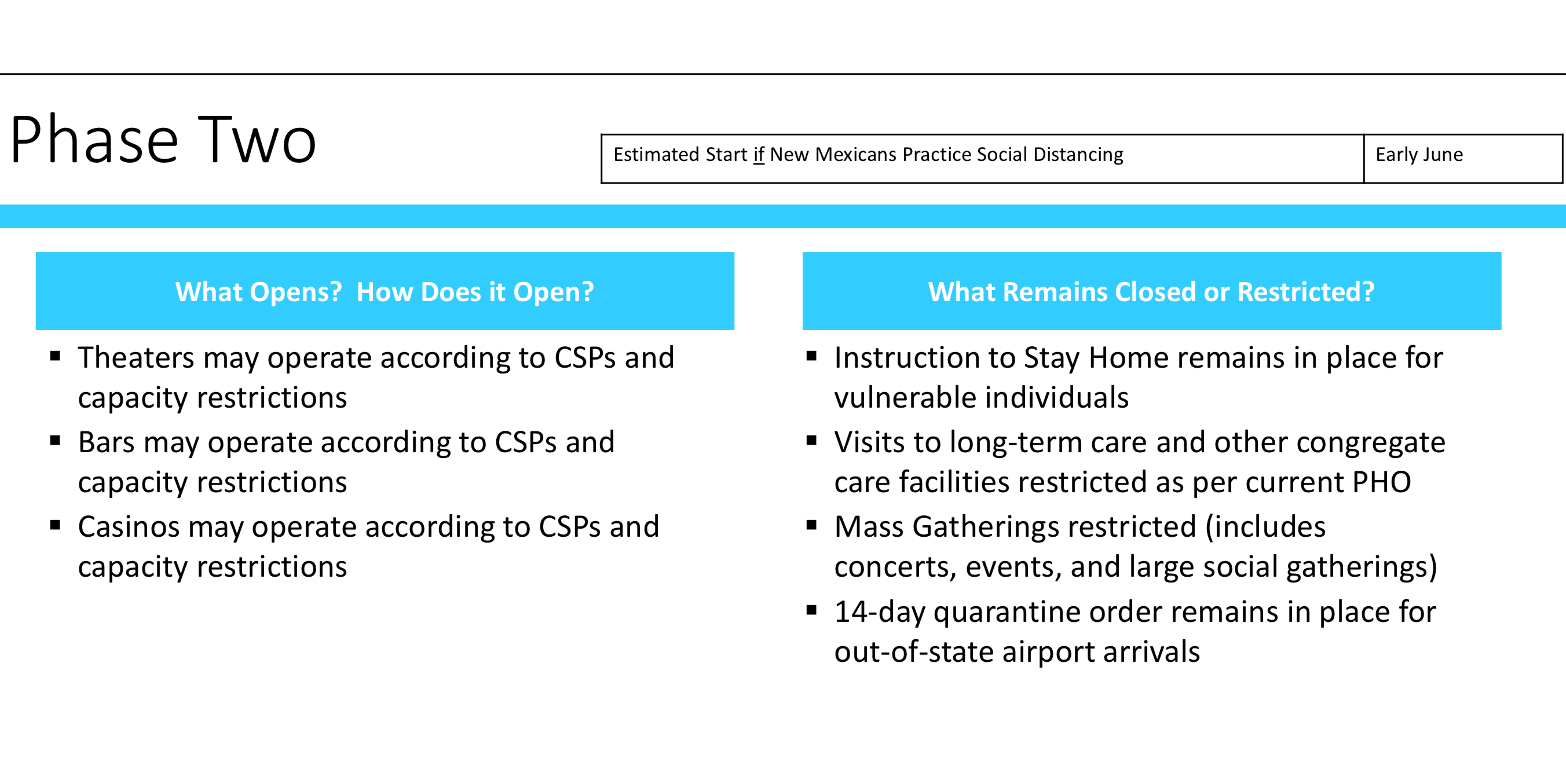 Before this post was even finalized we found out that the International Balloon Fiesta has been canceled for 2020. Major events with large numbers of people would be tricky under COVID 19 circumstances, but one wishes we had a clearer path forward than the one Gov. Lujan Grisham’s Administration has given us.