According to Wallethub’s latest report (released December 10, 2020), New Mexico remains mired in a deep hole when it comes to unemployment. Wallethub changed the data from previous reports to focus on those that have increased the most.

Only Kansas has performed worse than New Mexico, but Kansas had a lower unemployment rate beforehand. In other words, New Mexico is uniquely challenged. 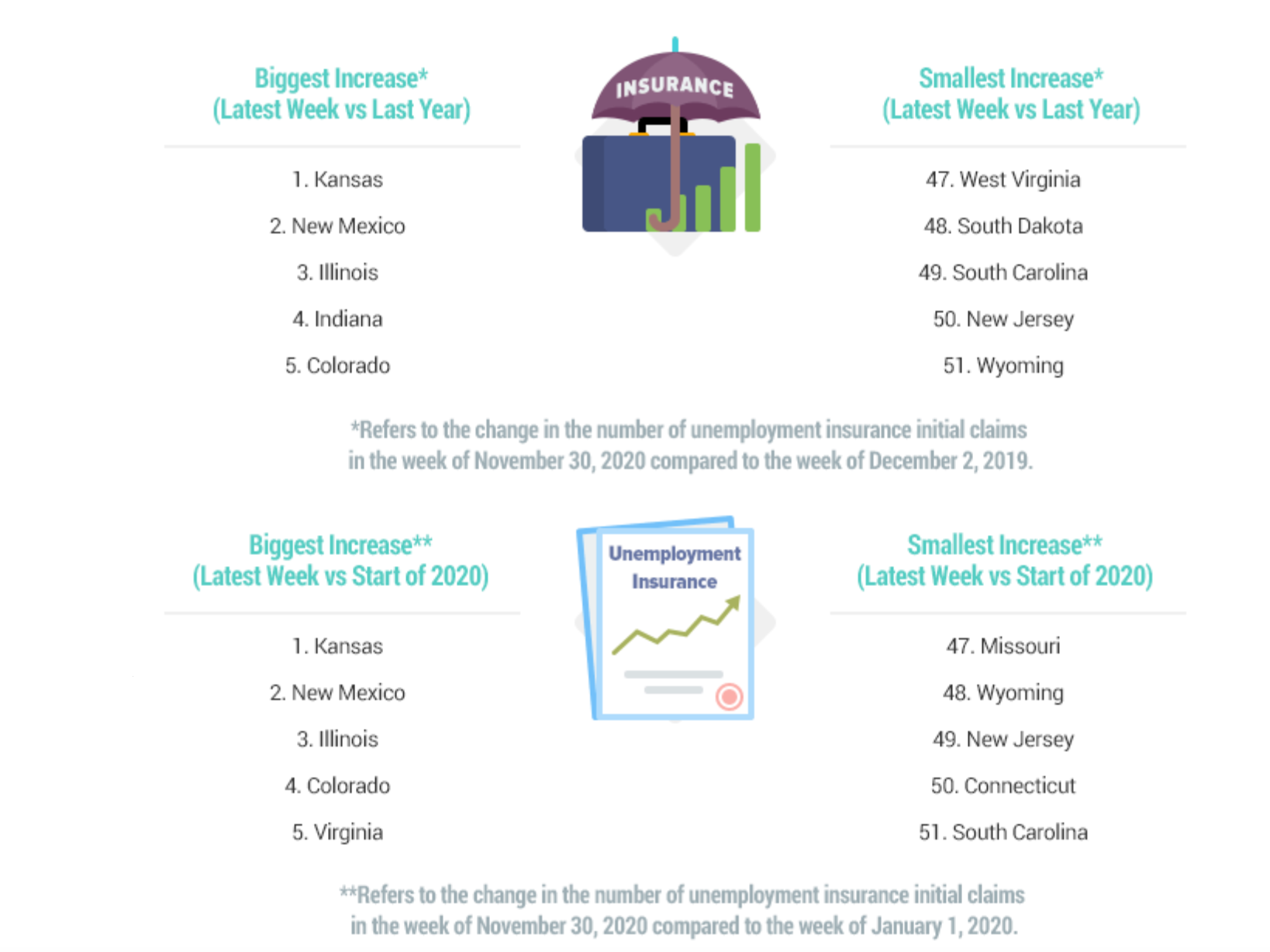