Don’t look now, but an increasing number of news stories are predicting rapidly-rising natural gas prices. Natural gas generates approximately 20% of New Mexico’s electricity and remains one of the best options for inexpensive, reliable, rather green (and New Mexico-produced) electricity.

That doesn’t include home heating and cooking.

According to the article linked above and here from Yahoo News natural gas prices are rising due in part to “green” policies.

In the past, when natural gas became too expensive, power-plant owners would just dial down some of their gas-fired generators and turn up those burning coal, effectively putting a ceiling on demand and preventing prices from skyrocketing. But utilities’ move away from coal is shrinking inventories and drastically reducing their ability to pivot from gas, leaving the market more vulnerable to wild moves. “There is a path to some crazy prices,” said Paul Phillips, senior strategist at Uplift Energy Strategy in Denver.

See the chart below. As is the case when energy prices rise, the State’s budget will benefit, but energy consumers in New Mexico and beyond will suffer. 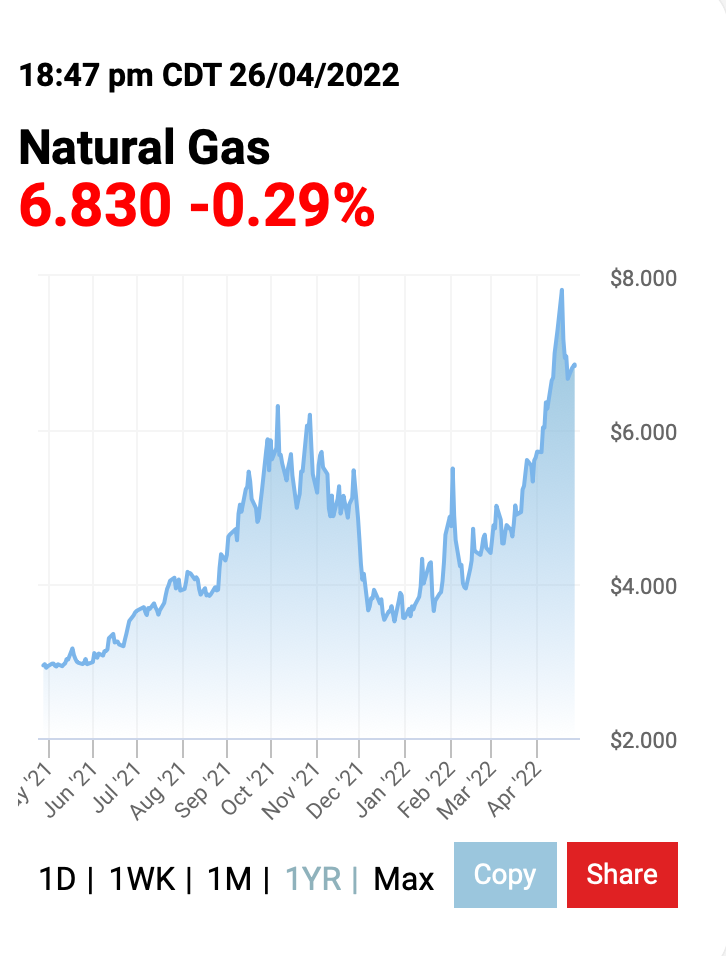 One Reply to “Natural gas prices on the rise”