So, it may be surprising to find out that one of the biggest components of the “Build Back Better” legislation which just passed the US House (with the votes of Stansbury and Leger Fernandez, but NOT Herrell) is a big tax cut for THE RICH. Specifically, the bill allows wealthy taxpayers in high-cost states with high taxes (like California and New York) to take a federal tax deduction against state taxes.

Not surprisingly, relatively poor New Mexico is NOT a big beneficiary of SALT, yet both liberal Democrats support the bill and numerous other elected legislators (and both Sen. Heinrich and Lujan have pledged support.

See the following chart from the Committee for a Responsible Federal Budget which compares the impact of SALT with a child care tax cred expansion contained in the bill. None other than socialist Sen. Bernie Sanders criticized the addition of the SALT deduction to the bill saying, “It sends a terrible, terrible message…You can’t be on the side of the wealthy and the powerful if you’re gonna really fight for working families.” 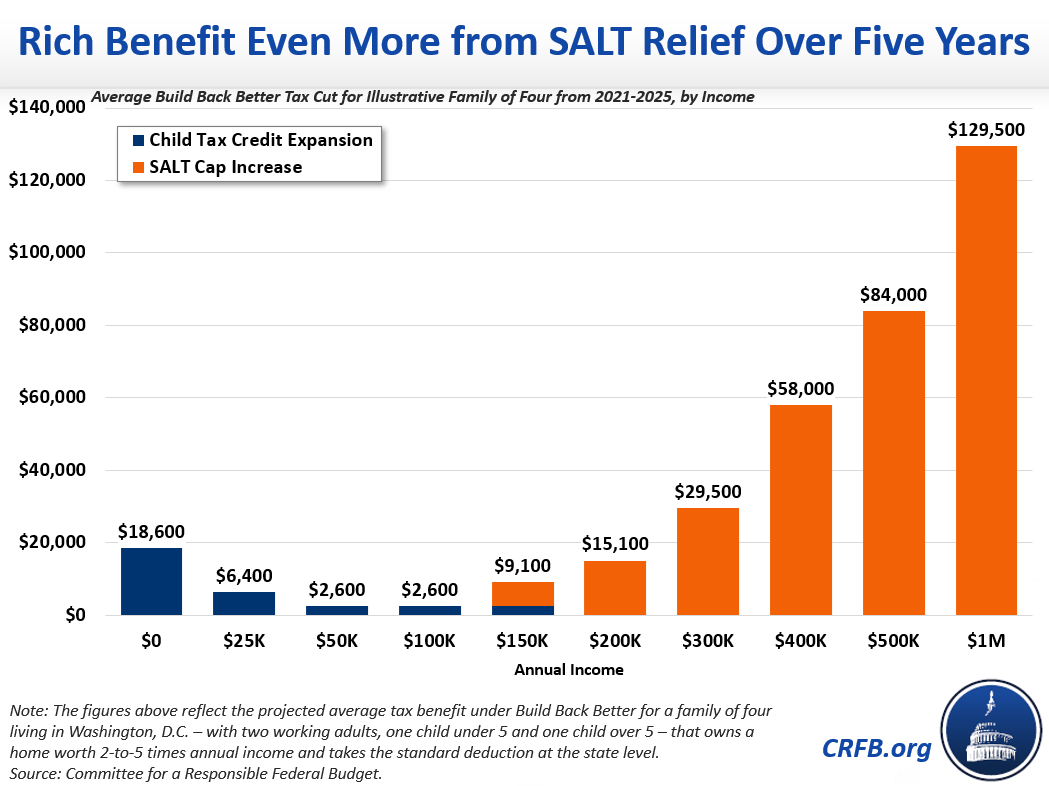