Despite having no less than $2.5 billion in surplus revenue next year when the Legislature convenes, New Mexico Democrats are making noise about raising taxes on alcohol.

Currently, New Mexico’s alcohol taxes are right in the middle when it comes to US states. So, why would legislators want to raise taxes? A report from New Mexico Indepth released earlier this year included all manner of harrowing statistics including those below. 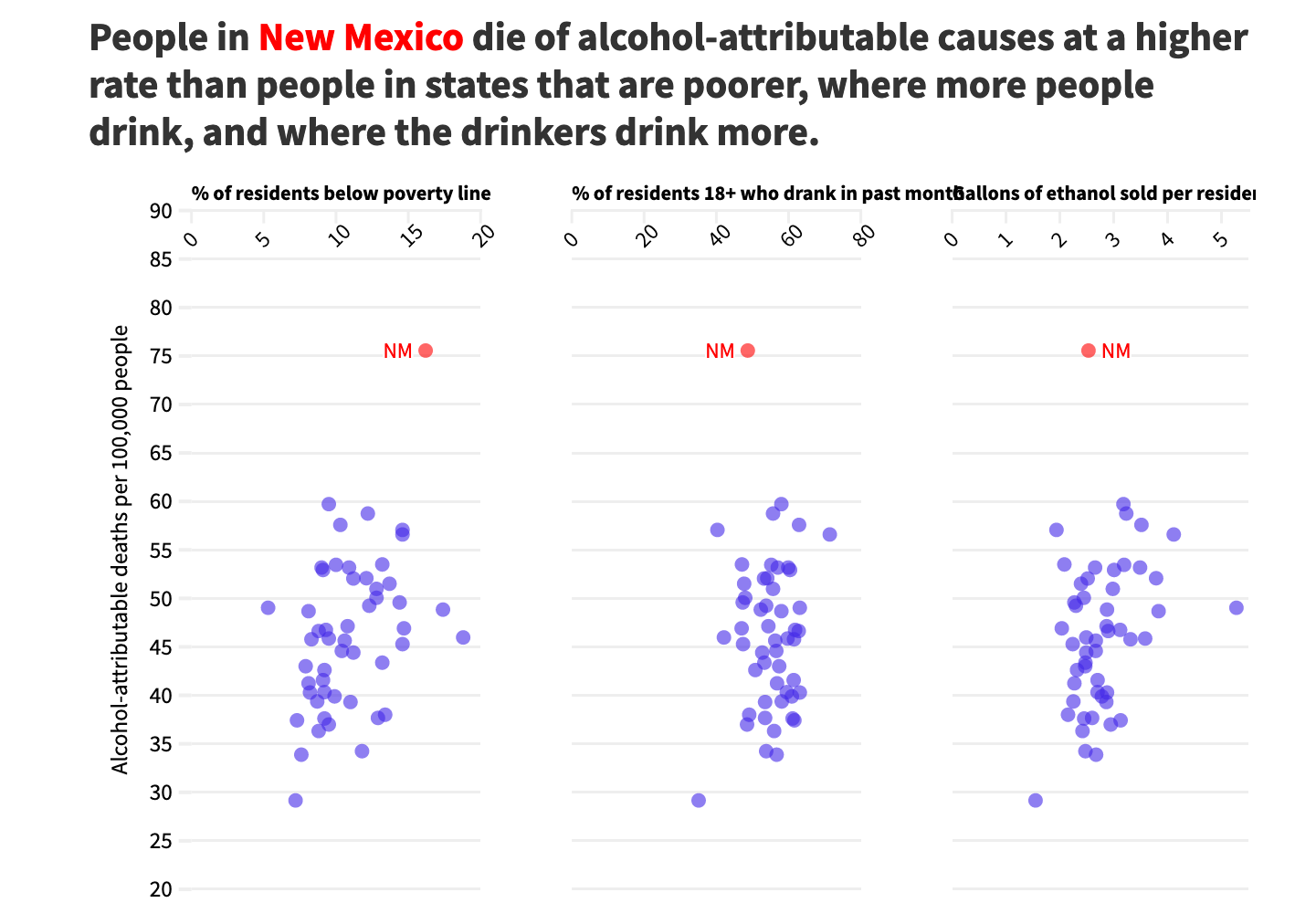 Various studies purport to show that raising alcohol taxes is the best way to address alcohol abuse, but higher taxes are a blunt instrument indeed. It would seem that before penalizing ALL alcohol users in New Mexico for the behavior of a few that we might want some analysis of WHY New Mexico has such serious alcohol problems in the first place.

Clearly, New Mexico’s overall taxes on alcohol which are right in the middle of the pack don’t explain the situation. Neighboring Colorado and Texas have the 2nd and 3rd lowest tax burdens on alcohol in the nation and are not experiencing the same problems as New Mexico (according to the study). 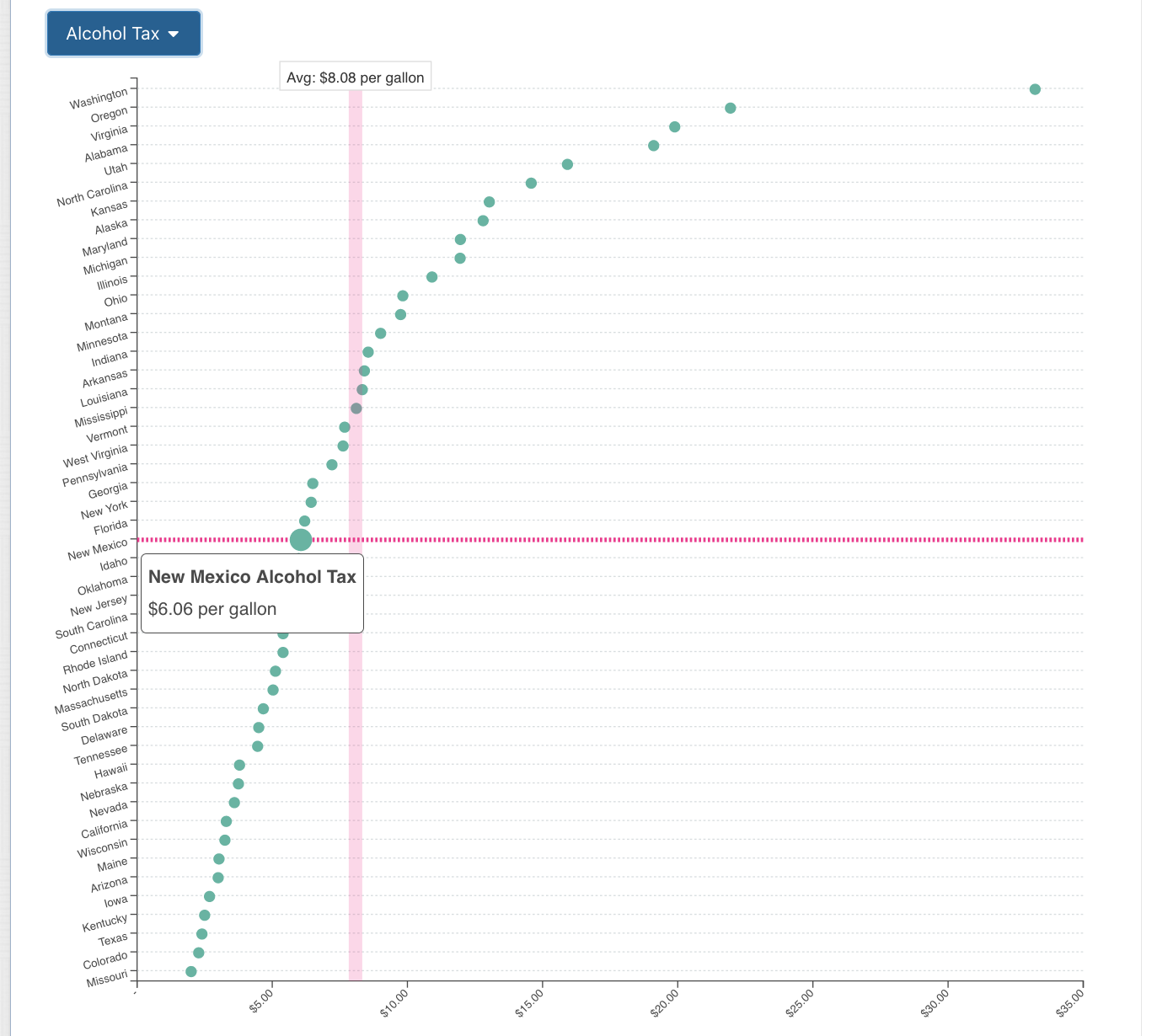