In the best of times (pre-COVID19) New Mexico has not done enough to overcome its serious inherent challenges in improving student outcomes. That has become an even bigger challenge with the emphasis on “virtual” learning by the State and districts like APS and Las Cruces (to name two big ones).

The Center for Education Reform is a national education reform organization that advocates across the board for “choice” as well as teacher quality and innovation. In the group’s “Parent Power Index” New Mexico (as usual) under-performs its neighbors. Notably, Arizona, which obtains better results form similarly at-risk students for less money, is the top-ranked state in the nation. You can find the entire, interactive index below. 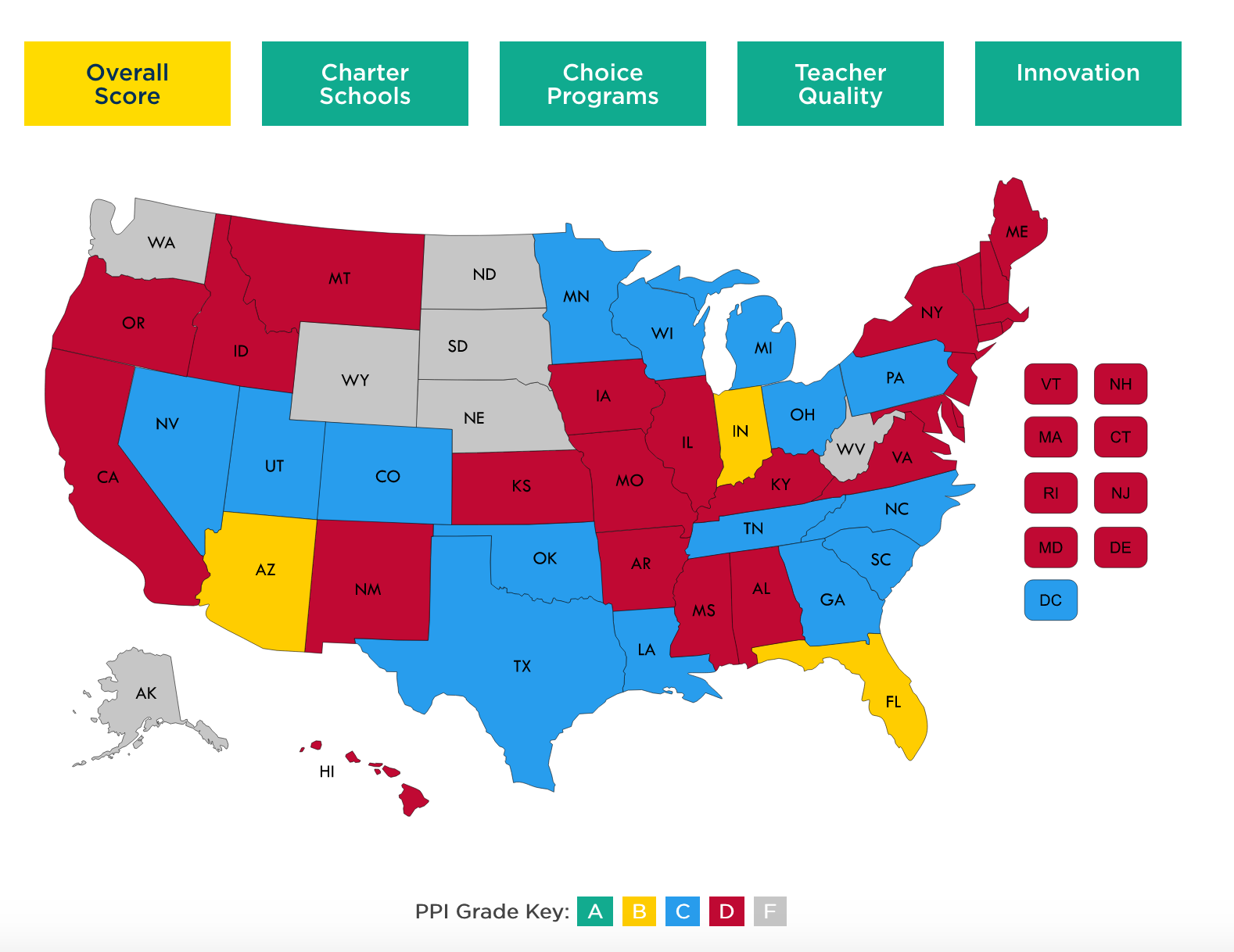 In the same vein, the Center for Education Reform created a separate report card that just considers and ranks all 50 states based on their charter school laws environments. Again, Arizona takes the top slot while New Mexico  ranks as a low-C in the rankings.

The fact is that New Mexico inherently has challenges in improving educational outcomes. Spending more money hasn’t achieved success. It would be nice if the Gov. or the Legislature defied their allies in the unions and focused on improving the State’s charter law and expanding school choice.