Sometimes statistics on New Mexico just blow you away. A report from World Population Review highlights states based on welfare recipients per population for 2022. The surprising thing isn’t that New Mexico is at the top of the list. What’s amazing is how big it’s lead is relative to states.

In fact, based on the data below New Mexico’s rate of welfare receipt is 23% higher than the next highest state. Rarely do such massive differences exist when comparing the 50 states, let alone on a critical issue like welfare.

If there is one statistic that highlights the difficulty Republicans face in gaining traction here in New Mexico, this might be it. With such an outsized proportion of the population receiving government handouts, who wants limited government? 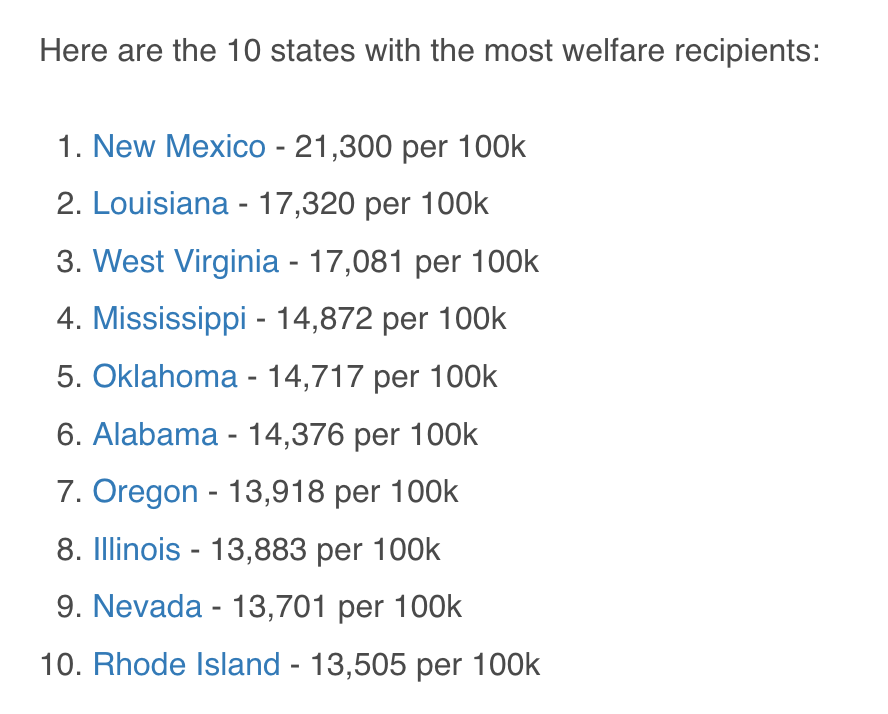 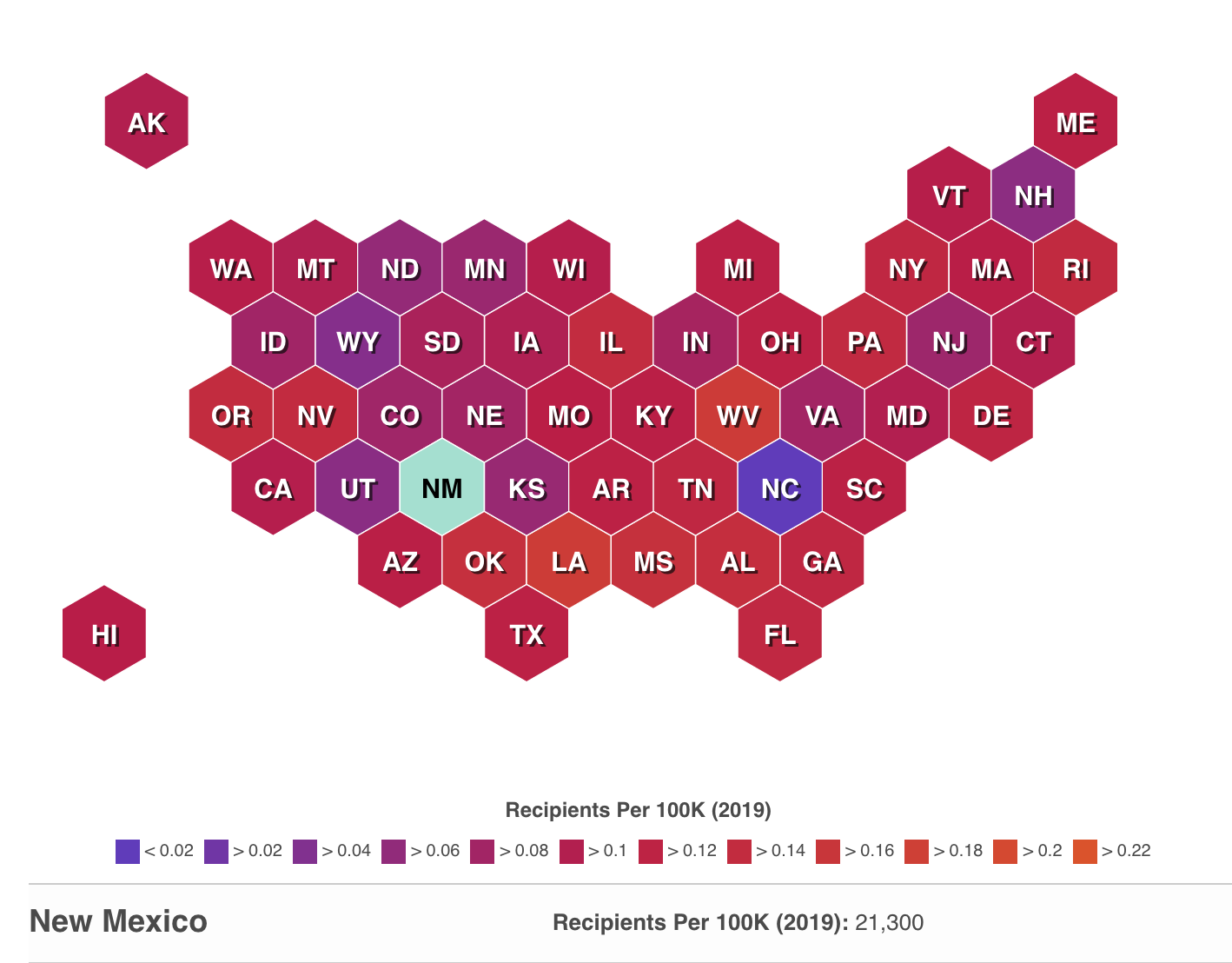