To say that we’re fans of Albuquerque Journal editorial cartoonist John Trever may be a bit of an understatement. But the Sunday cartoon (below) is particularly genius because of its multiple meanings about the way New Mexico politics and policies work. 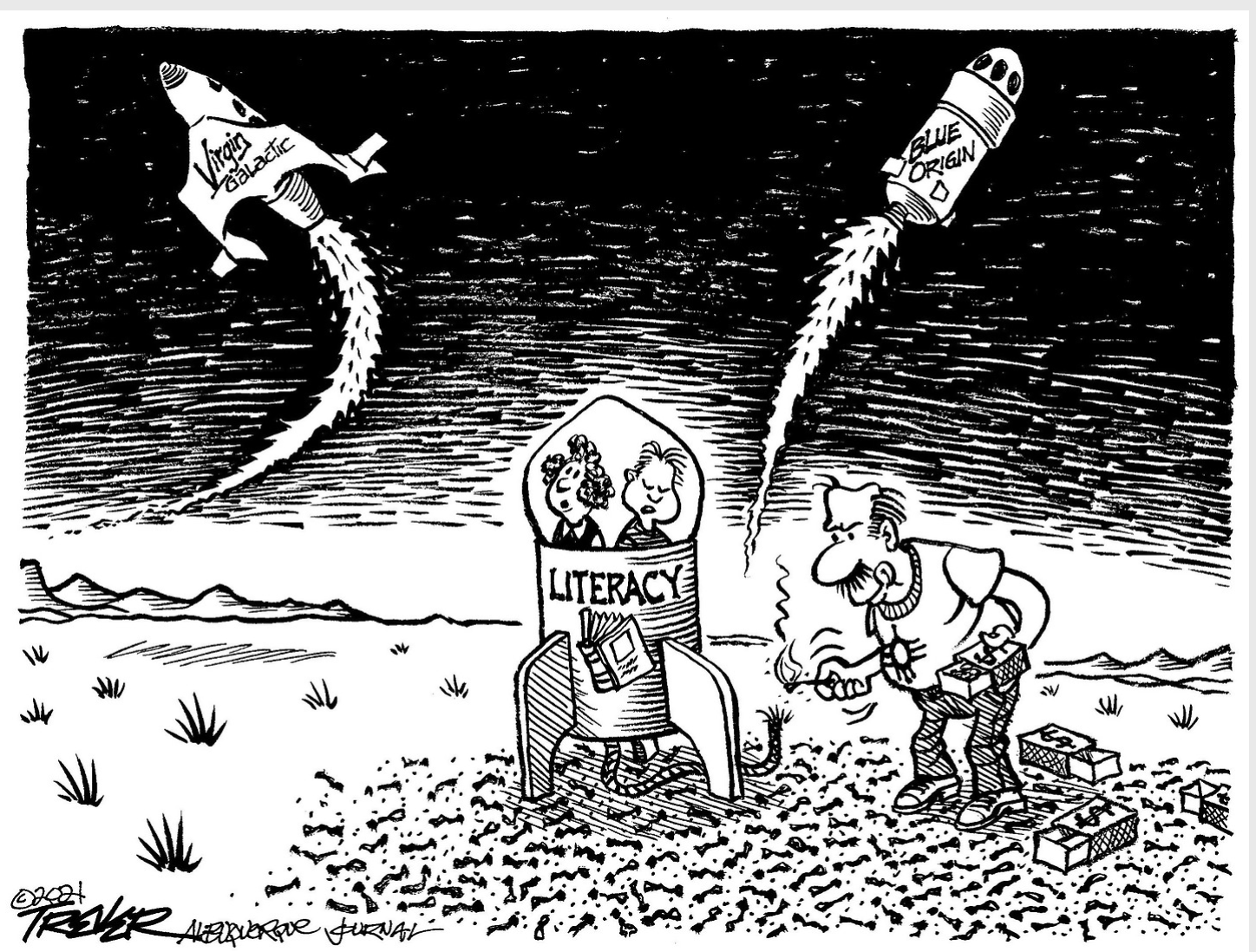