Click on the link above to see the report, but you can see how states shake out overall below. New Mexico’s ranking page is below that and then we use a neat tool within the study to compare Arizona (one of the nation’s true leaders on education choice) vs. New Mexico (which is modest to mediocre). 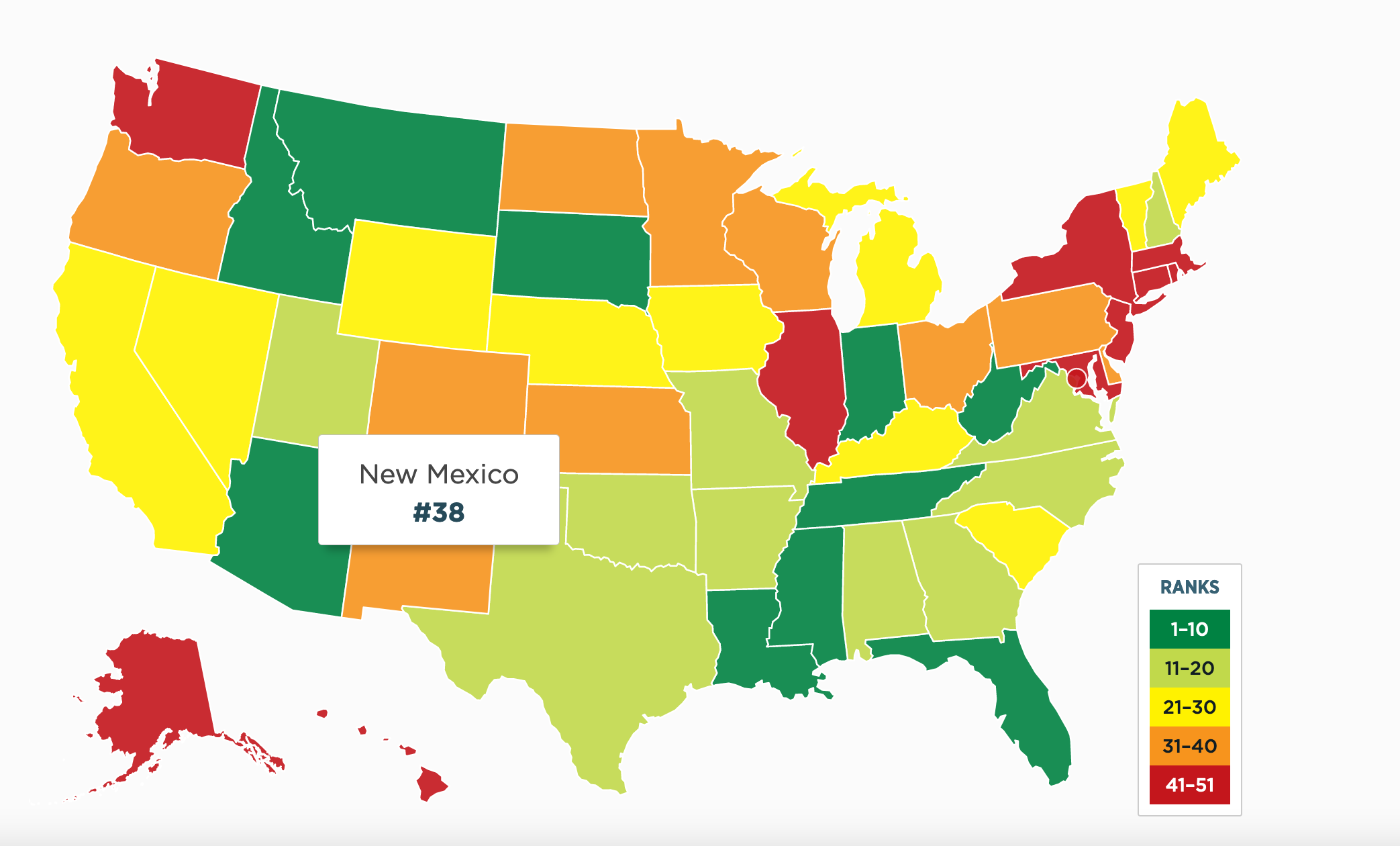 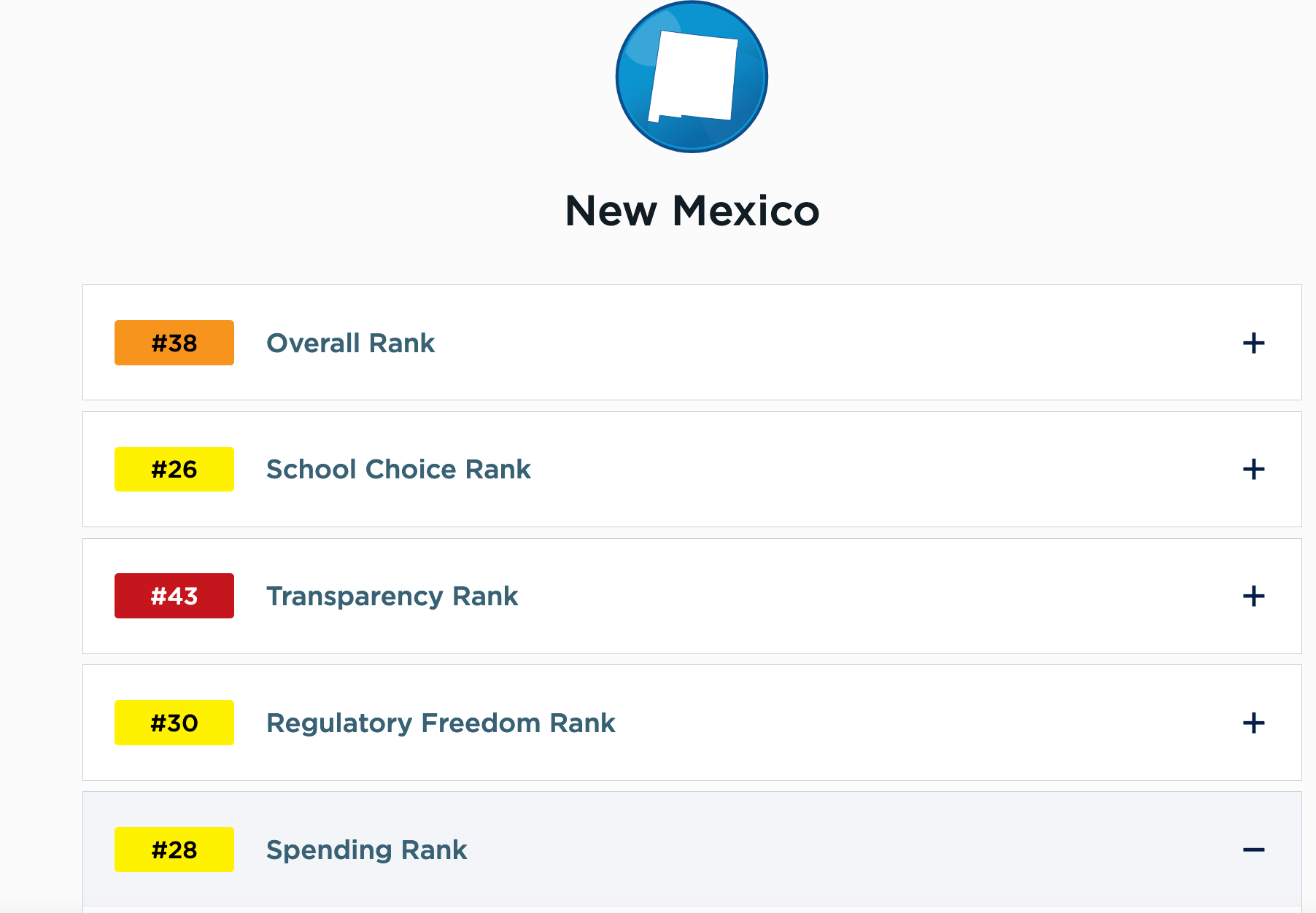 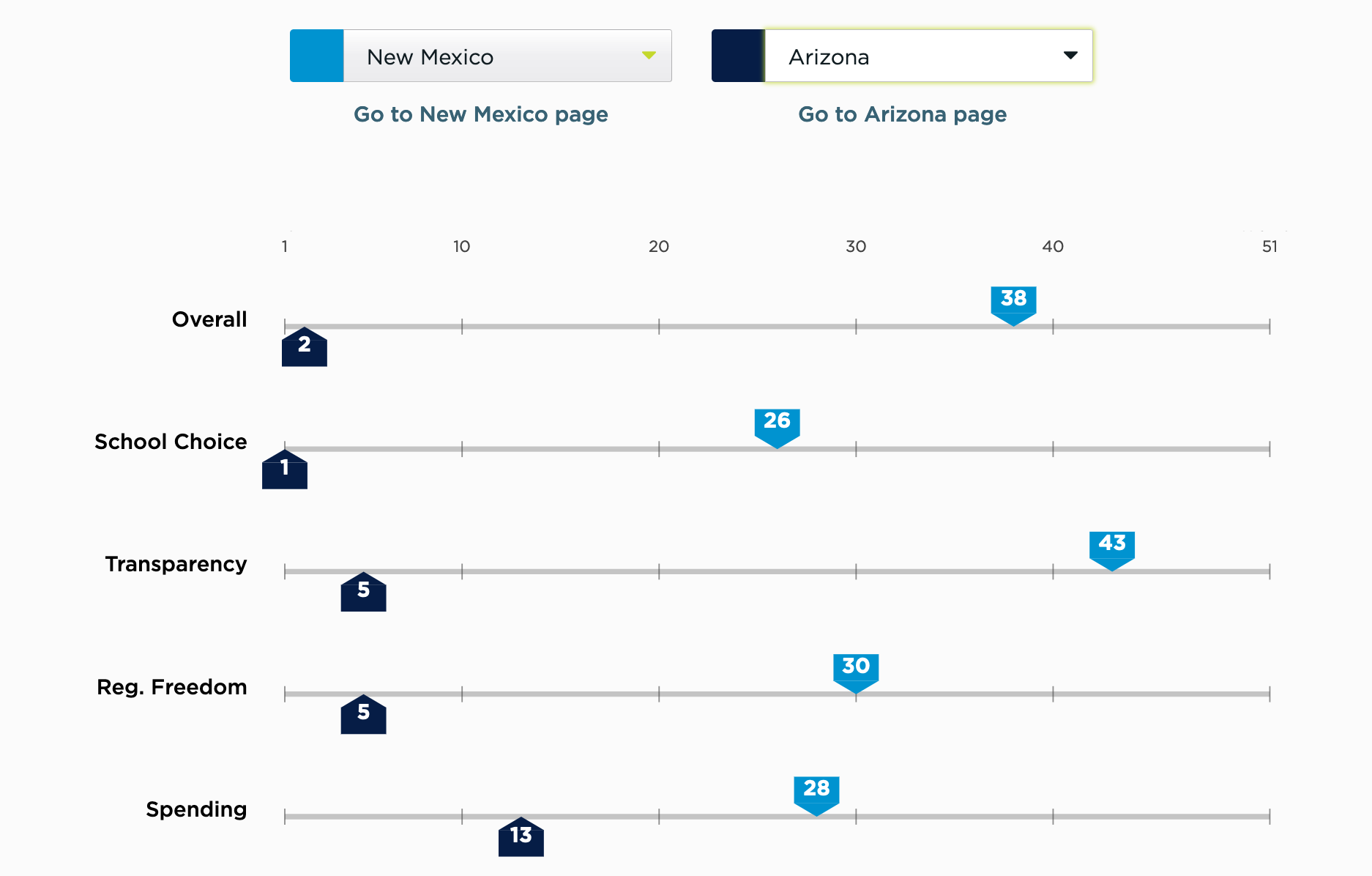