The 2022 edition of the Canada-based Fraser Institute’s Economic Freedom of North America 2022 is out and for yet another year New Mexico remains at the very bottom among US states in terms of economic freedom. Economic freedom is the ability of individuals to make their own economic decisions
about what to buy, where to work and whether to start a business.

New Mexico DID get high marks for having relatively low property taxes (7th).

“When governments allow markets to decide what’s produced, how it’s produced and how much is produced, citizens enjoy greater levels of economic freedom,” said Fred McMahon, the Dr. Michael A. Walker Research Chair in Economic Freedom at the Fraser Institute and co-author of this year’s report, which measures government spending, taxation and labor market restrictions using data from 2020, the latest year of available comparable data. Florida was the top performing state in the index followed by New Hampshire. Rounding out the top five freest states are South Dakota (3rd), Texas and Tennessee (tied for 4th ).

The very worst performing states were New York at 50th followed by California. 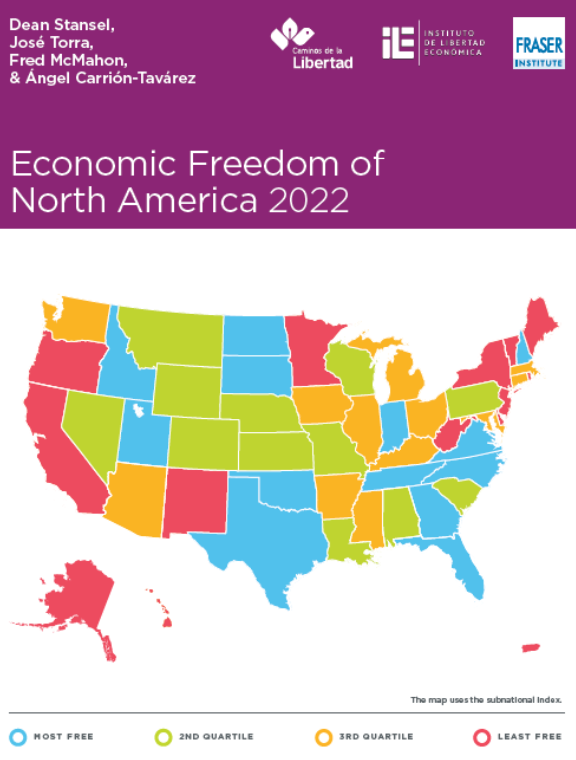