According to the Albuquerque Journal New Mexico’s special session is set for June 18. It is good to have a date and some certainty around when the Legislature plans to meet.

More interestingly, Gov. Lujan Grisham stated in the announcement that “We’re in a pretty good position where I don’t anticipate we’ll have to make deep cuts.” New Mexico DOES have a large “rainy day fund” due to years of high oil prices and rapid growth in the Permian Basin. And of course the State can also rely on some level of federal support.

But, it is also worth noting that there is an election this fall. Gov. MLG has every incentive to minimize the economic pain for the Democrat-majority in the Legislature that has rubber-stamped so many of her big-spending policies over the last two years. And, of course, the Gov. has had New Mexico’s economy on “lockdown” for the last few months. Spending cuts or tax hikes in this Special Session will be blamed on her.

Of course oil prices which have rebounded to the $30 range remain below “break even” for many producers and New Mexico will likely suffer longer-term pain than most states. So, it makes sense for her to keep the pain to a minimum BEFORE the election. We’ll have the tax hike/spending cut discussion during the 2021 session AFTER the election. 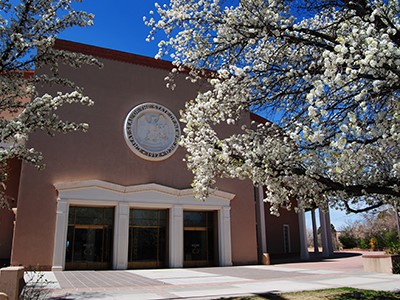