While the following chart comes straight from Wallethub’s report, it is impossible to fully include below. You can clearly see that New Mexico’s overall rank (not ROI) is 50th in education, 50th in safety, and 50th in economy. Health and Infrastructure/Pollution are somewhat better.

Interestingly, New Mexico’s tax burden is ranked a relatively low 34th in this report because it is calculated on a per-capita basis. When Wallethub calculates tax burden they do so as a percent of income and New Mexico ranks 12th-highest. 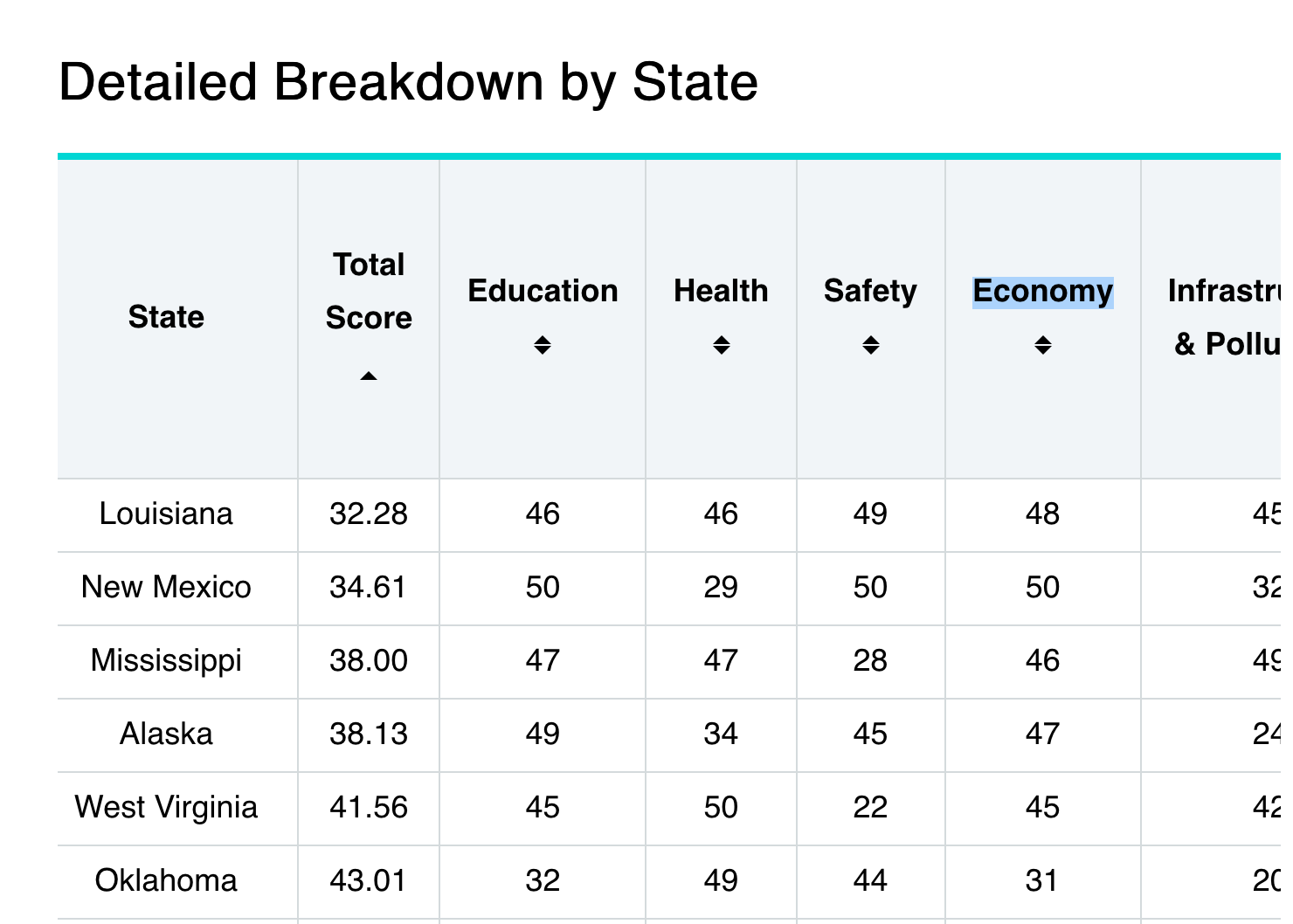