In the 2022 general election there was 52% voter turnout statewide

In Lea County (Hobbs) there was 38% turnout.

In Eddy County (Carlsbad and Artesia) there was 49% turnout.

In Chaves County (Roswell) there was 46% turnout

In San Juan (Farmington) there was 51% turnout

On the other hand the big liberal counties of Santa Fe saw 63% turnout and in Bernalillo County there was 54.6% turnout.

None of the biggest conservative counties in New Mexico turned out at the State average and Lea County lagged badly.

Why did this happen? That is a good question. Certainly election denial raised its ugly head in this election. Southeast New Mexico was also split in redistricting which may have impacted things.

Regardless of why it happened, we know that New Mexico’s Southeastern oil patch funds the rest of the State. They are arguably impacted by what happens with “green” policies in Washington and Santa Fe more than any other part of the state. It would seem that getting the conservative Southeast portion of New Mexico engaged would be a critical factor in winning future elections. 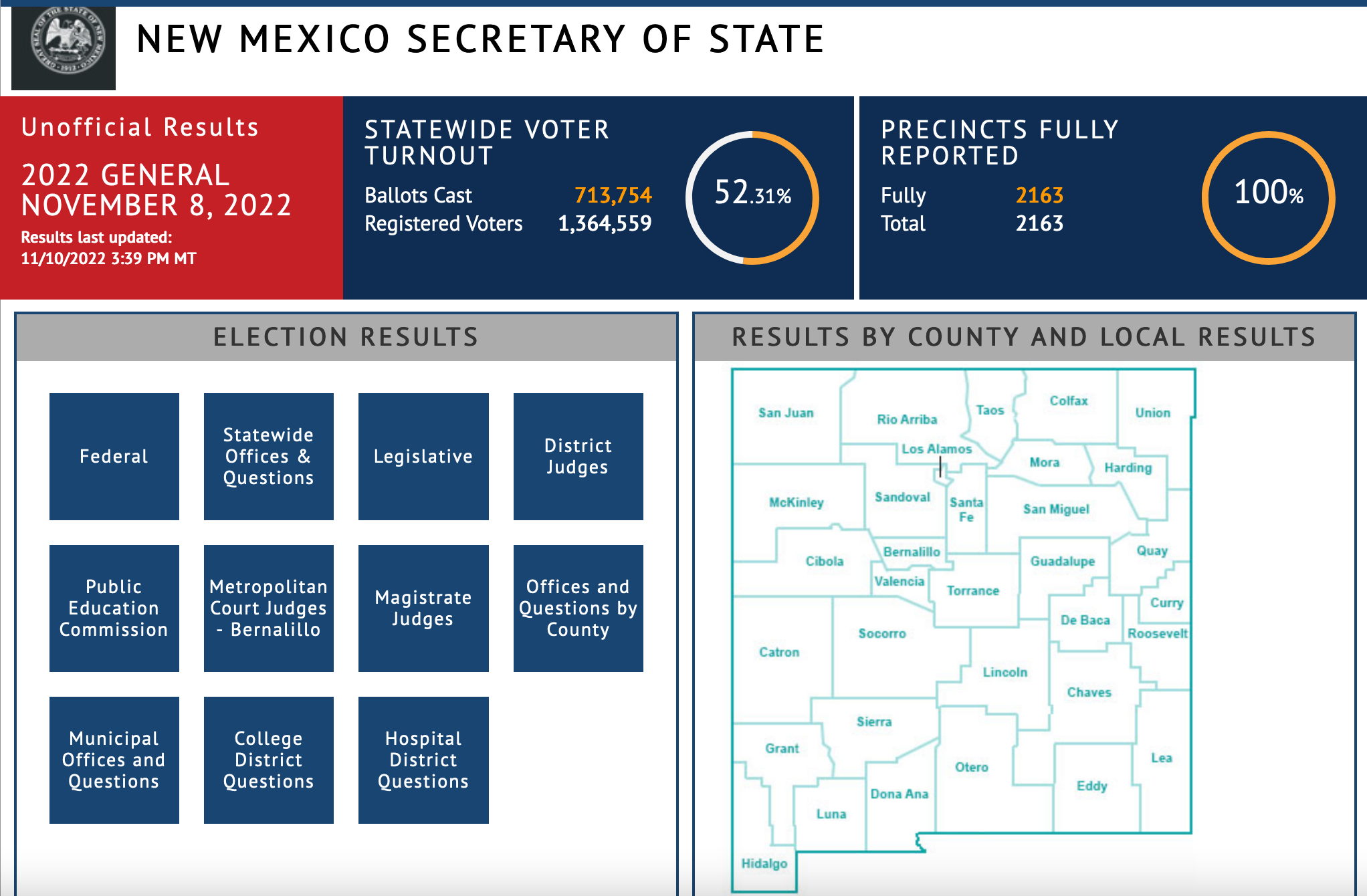